“The recorded part of the music business needs a face change,” says Nettwerk Music Group CEO Terry McBride. “The record companies need to be redefined and realigned.”
And McBride -- who besides co-founding one of the most successful independent record labels also manages acts such as Sarah McLachlan and the Barenaked Ladies -- is putting his money where his mouth and the music is. 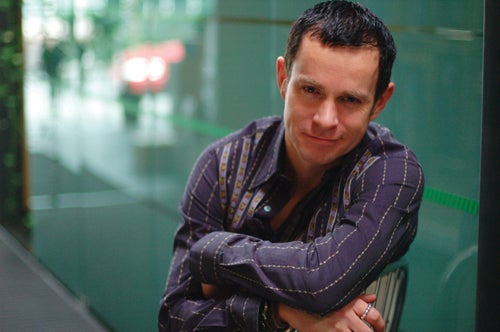 Along with Radiohead manager Brian Message and U.K. media executive Adam Driscoll, he recently announced the formation of Polyphonic as an alternative to the major label route for upcoming and growing bands and performers.
Not a label, Polyphonic is a venture-capital company whose plan is to invest about $300,000 each in individual bands and performers. That investment will create an “all rights” deal with the artists, he told TheWrap -- which means not just the recording and marketing of music, as traditional labels primarily do. It means a fully integrated game plan that includes touring, merchandising, publishing and all other aspects of the industry today.
How does it work if my band came to you?

If your band fits the criteria, which is based on what level of band you are, we create a joint venture. We will do due diligence and look at how you’re doing on MySpace and Facebook, what’s your fan base and how your last tour did.
We’re not judging the type of music -- this is purely metrics. If you meet all that, then we do a business plan, and if we like the business plan, we sign paper and we put money in. They might use a whole series of different companies for various services, like publishing or markeing administration. This is a fund for the band’s management, based on the business plan and used to hire best-in-practices services.
How is this different from what the major labels have been doing for years?
I don’t think there is any one company that is best-in-practices across 100 percent of their services. If you sign with a major label with an all-rights deal, they are probably good at 60 or 70 percent. The other 30 percent, they’re just not good at it. That’s a reality.
There are lots of artists that are sitting there going, "We need this kind of funding. We know exactly what we need to do -- what we’re missing is this one part of the formula that we used to go to the record company for. Well, we don’t really want to go to the record company because all they’re really doing is farming this stuff out anyway, and we don’t really have control over how that happens."
Our idea is about using your resources better and smarter.
What’s next?
This model has been prevalent in the Asia for quite a long time, and their industry hasn’t collapsed the way the Western business has. And I’ve been running variations of this model for six years so we know this works. We’ve got $20 million sitting in a fund now, and we plan to raise more. Expect in the next couple of months to hear about the initial joint ventures and expect anything associated with those artists to come out by the end of the year or early next year.
We’re in this for the long term and we believe we will have a very good response and a good return.
x
Looks like you're enjoying reading