Apple’s latest software update has been out for about 24 hours now, and after playing around with it a bit, I’m ready to give it the Siskel and Ebert trademark two thumbs up.

The update comes right before the rollout of Apple’s new iPhone 8 series, and later, the iPhone X. But even if you’re still hanging tough with the 5s, you can bump up your phone to iOS 11. When you do, here are a few things that stood out to TheWrap.

Also Read: Why Searching for Avril Lavigne and Beyonce Could Destroy Your Computer

We’ve talked about it a lot leading up to the latest iPhone launch, and it’s finally here. iPhones (and iPads) are now augmented reality-enabled, thanks to the ARKit, and with it comes a new class of AR apps to try out. Before the release, TheWrap tried out a nifty Goldilocks-themed AR experience from Within VR, which was part video game, part children’s book.

The App Store will soon be filled with AR apps, but the first one that stood out was purely for functional reasons. My roommate has been asking me to help hang a (rather lame) painting in our living room of a horse walking on a beach. I hit the App Store and downloaded MeasureKit, which allows you to use a ruler for free, or upgrade to get other tools, like a digital level. I shelled out the $2.99 for the full version, and it helped get the job done. I now have a painting that I hate, hanging perfectly straight, in my living room. AR apps are already paying off.

I’ve had a hate-hate relationship with Siri for years now. It’s been deactivated on my iPhone for so long at this point, I can’t remember the last time I used it. With hesitation, I fired it back up with iOS 11, and it’s… better.

Users are now able to text to Siri, rather than just voice activation. That’s a nice wrinkle. Siri’s voice is more human, too, and you can pick between a female and male voice. The best facet, though, is it now translates from English into other languages. Rather than scrambling to Google Translate, I can now ask Siri how to say “good morning” to my colleague Beatrice Verhoeven in her native German (it’s “guten morgen,” apparently). Thanks, Siri.

This might be my favorite aspect of iOS 11 — users can now record whatever is playing on their screen. To add the feature, go to Settings, open Control Center, click “Customize Controls,” and scroll down to select “Screen Recording.” To record your screen, swipe up on your screen and select the circle record icon. One hangup: to make sure it’s recording audio, hard press the icon and tap the “Microphone Audio” option. You can now grab YouTube videos and save them directly to your Photos. 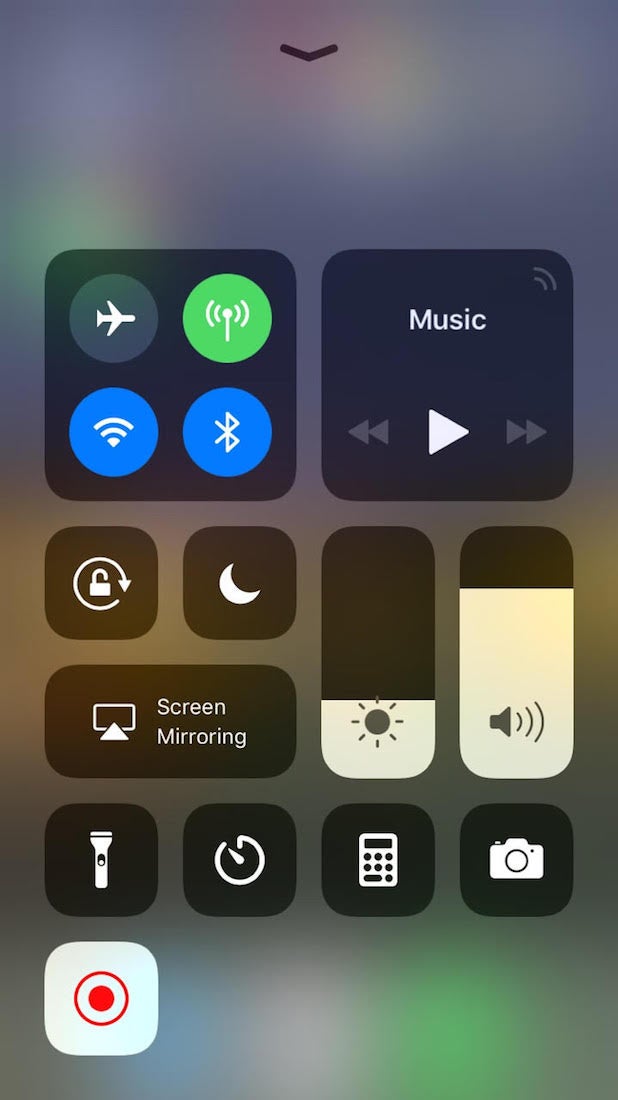 Everyone hates having to spell out their Wi-Fi password for guests, and iOS 11 has a fix for that. Users can now share their Wi-Fi info via Bluetooth with friends nearby — meaning you don’t have to grab their phone and punch in the password yourself anymore.

Apple continues to make the camera one of the top draws for the iPhone, and iOS 11 only adds more reasons why. That looping feature you see too much on Instagram? iOS 11 has now added its version with “Live Photos.”  More filters and long exposures are a nice addition, too, making it easier to snap a basketball game or your kids running around without motion blur.