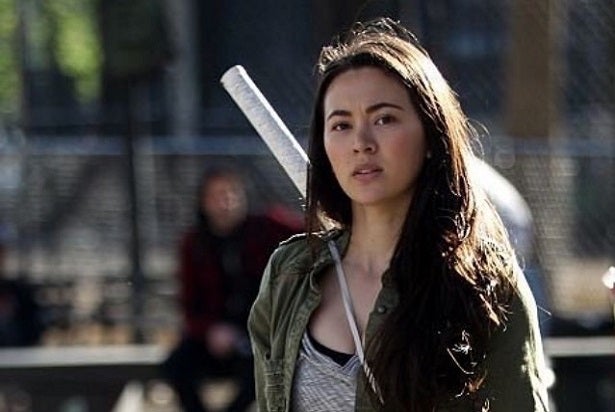 At least one star of “Iron Fist” is not happy with terminology used by the co-creator of the comic book character in a recent interview.

She didn’t name names, but she didn’t have to. Henwick, herself half-Chinese, was clearly addressing Roy Thomas, who caused major backlash after using the term “oriental” to refer to people of Asian descent in a recent interview with Inverse.

In the interview, Thomas, who developed Iron Fist with artist Gil Kane in 1974 while serving as Marvel Comics’ editor-in-chief, said that people who complained about white actor Finn Jones being cast in the role had too much time on their hands.

“I have so little patience for some of the feelings that some people have. I mean, I understand where it’s coming from. You know, cultural appropriation, my god. It’s just an adventure story. Don’t these people have something better to do than to worry about the fact that Iron Fist isn’t Oriental, or whatever word? I know Oriental isn’t the right word now, either,” he said.

Um, ouch. Maybe don’t use the word if you know it’s not the “right word.”

The issue of whitewashing was compounded for critics of the new series by the recent revelation that Marvel did in fact audition non-white actors for the role of Danny — who, to be fair, is white in the original comics.

One who came pretty close to getting it was action and stunt actor Lewis Tan, whose stunt credits include “The Fast and Furious: Tokyo Drift” and “Pirates of the Caribbean: At World’s End,” among others. Tan was ultimately cast as a very well-received one-off villain (Marvel baddie Zhou Cheng) for the show’s eighth episode. In fact, Tan’s brief appearance has been singled out as one of the show’s real highlights.

Tan also recently spoke out on why it was a “missed opportunity” on Marvel’s part to not cast an Asian-American Danny Rand.

“It is a missed opportunity. That’s exactly how I feel about it, word for word,” he said. “It would’ve been a brave thing to do, for sure, for Marvel. I can see how that was difficult to make that decision. I think, personally, it would’ve paid off. But I think it’ll come next because people are feeling underrepresented. People are like, “Yo, this was a perfect opportunity to represent us.” They chose not to, and it’s not even their fault.”

All 13 episodes of “Iron Fist” is now streaming on Netflix.