It’s a week away from its North American premiere, but “Iron Man 2” is already off to a solid start in six European markets, grossing $2.2 million on 960 screens. 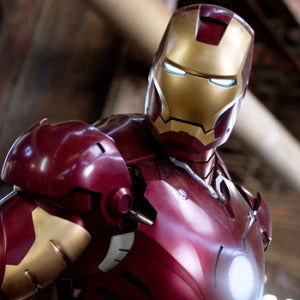 Co-producer/distributor Paramount, which sent a memo out to "Iron Man 2" constituents, as well as select media outlets, didn’t break down the film’s territory-by-territory performance.

However, the studio did reveal that the Jon Favreau-directed tentpole was particularly strong in France, where it grossed $1.6 million – an 11 percent uptick over the original “Iron Man’s” premiere in that territory.

Overall, the film is premiering in 55 overseas markets Thursday, including the U.K, Australia, Russia, Germany and Mexico.

With the premiere of the film in the U.S. and Canada slated for May 7, MovieTickets.com is reporting that pre-sales of "Iron Man 2" are pacing five times ahead of the original at the same point of pre-release.

Overall, "Iron Man 2" sales are accounting for about 40% of the ticket seller’s revenue right now, the company stated.

Although "Iron Man 2" is being distributed by Paramount, the film marks the first major release for co-producer Marvel since the company was acquired by Disney last year.