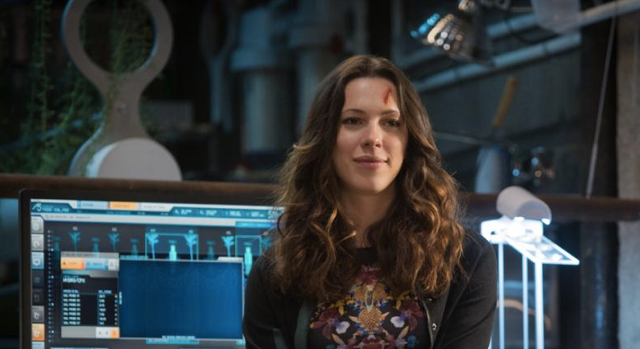 The 1928 Sophie Treadwell play was inspired by the true story of Ruth Snyder, who was executed for teaming up with her lover to kill her husband. The original production was considered a high-water mark for expressionist theater and featured the first Broadway appearance of Clark Gable. It also was the basis for the iconic film noirs "Double Indemnity" and "The Postman Always Rings Twice."

Lyndsey Turner ("The Way of the World") will direct the revival. Roundabout said the rest of the cast and creative team will be announced shortly.

It will begin previews on Dec. 20 and open officially on Jan. 16, at the American Airlines Theatre.

Hall may be a Broadway neophyte, but she arrives with impressive theatrical pedigree. Her father, Peter Hall, founded the Royal Shakespeare Company, and she has won awards and strong reviews for her stage work in productions of classics like "Twelfth Night" and "Mrs. Warren's Profession."

On screen, Hall has co-starred in "The Town" and "Vicky Cristina Barcelona." She is slated to appear in "Transcendence" opposite Johnny Depp, also directed by Turner.