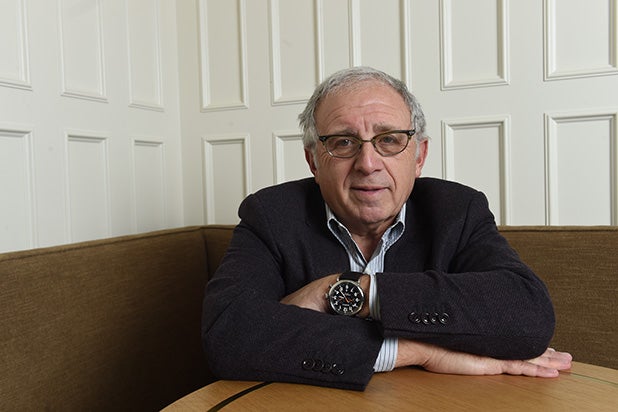 Legendary music manager Irving Azoff has stepped down from the board of radio chain iHeartMedia, the company announced in a Friday SEC filing.

Azoff has managed headliners including the Eagles and Christina Aguilera in a long and distinguished career. He is currently the founder and CEO of Global Music Rights, a music rights management company. His resignation from iHeart’s board took effect May 3, and the company said it had not decided whether to replace him or reduce the size of the board. An individual with knowledge of the situation told TheWrap Azoff’s term had ended and he decided to step away to focus on his Global Music Rights responsibilities.

iHeart Media is the parent of iHeartRadio, the country’s largest operator of radio stations with more than 850 AM and FM stations reaching more than 110 million listeners weekly. But as streaming services like Spotify and Pandora have emerged and grown their businesses, iHeart has struggled. That shift in the music business also occurred shortly after iHeart was saddled with $20 billion in debt as part of a 2000 private equity-led buyout.

Also Read: iHeartRadio Parent May Not Survive One More Year as 'Going Concern'

The company has been able to exchange some of the debt maturing soon for new notes that come due years later, but that is merely pushing back an inevitable reckoning — which could plunge the company into bankruptcy. In a separate SEC filing last month, iHeartMedia, the parent company of iHeartRadio, expressed doubt that it will exist as an operating business a year from now.

“Management anticipates that our financial statements to be issued for the three months ended March 31, 2017, will include disclosure indicating there will be substantial doubt as to our ability to continue as a going concern for a period of 12 months following the date the first quarter 2017 financial statements are issued,” the company said in the April 20 filing, iHeart reiterated those concerns when it reported its first-quarter earnings Thursday.