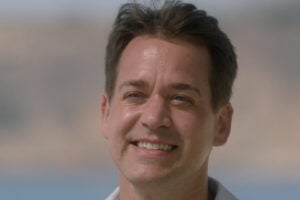 Is HBO Max Now the Biggest Threat to Netflix?

”We’re gonna get a chance to see how much uplift we get on on these kind of titles,“ WarnerMedia streaming boss tells TheWrap of 13 months straight of WB blockbusters

In a move that could permanently change how films are distributed even after the pandemic subsides, Warner Bros. sidestepped what would have been another long year of uncertainty by giving HBO Max subscribers Day 1 access to its entire 2021 movie slate, including major tentpoles like “Godzilla Vs. Kong,” the animated reboot “Space Jam: A New Legacy,” “Matrix 4” and “Dune.” In doing so, the streaming service removed what was perhaps its biggest obstacle in seriously challenging Netflix and newcomer Disney+ in the streaming wars: convincing non-HBO fans to sign up for the $15-per-month offering.

It’s an industry-shattering, theater-threatening decision that figures to reverberate throughout Hollywood for years to come. While cinema chains owners, most notably AMC Theatres, are accusing WarnerMedia of sacrificing profits to boost its fledgling streaming service, executives at HBO Max argue they’re making the best of a bad situation.

It just has the added tradeoff of cementing the seven-month-old streaming service as a true threat to Netflix’s throne. Though to be sure, it still has a long way to topple Reed Hastings.

“We’re gonna get a chance to see how much uplift we get on on these kind of titles, and then that serves to help us understand what to do in the years ahead,” Andy Forssell, general manager of HBO Max, told TheWrap. “We looked at the projections, and we looked at this option, and we thought it is better for theaters, it’s better for viewers — because they have options. It is better than leaving content on the shelf.”

Though the last few weeks have been filled with very promising news on the vaccine front (the first injections could take place within the next couple of weeks), that has been juxtaposed with COVID-19 barreling through the country at the worst rate since the start of the pandemic. Thursday saw another grim daily case record with more than 210,000 confirmed positives. Should the vaccines do the trick and bring an end to the pandemic sometime next year, it still figures to be a long, slow crawl back to normalcy.

“It’s gonna be a careful, slow track. And one that’s hard to predict,” Forssell said. “For right now, our clarity is on ’21. And after that, who knows?”

By rerouting everything to HBO Max, Warner Bros. is choosing to have some kind of certainty even if it comes at the expense of the box office, while at the same time getting to experiment with what a post-COVID world looks like.

It’s never been more clear that for WarnerMedia, HBO Max resides at the center.

“We’ve been in this period of the developing market of SVOD, and services kind of earning their way forward in windowing,” Forssell said. “Independent of COVID, everybody — us, Netflix, Disney, others — have been looking at the evolution of these services and saying, ‘How big of a budget movie can this logically support?’ And it’s not just the budget; it’s who’s the audience? What type of audience is it? What ages and demos? And so we’re seeing experimentation with that outside of COVID.”

One analyst, however, called the year-long idea a “dumb move” and goes as far to argues that WarnerMedia will end changing course.

“While it’s likely things won’t return to ‘normal’ till mid-year, it’s highly unlikely that we remain sheltered in place for all of 2021, so the move is likely to lose WB a lot of money,” Wedbush’s Michael Pachter told TheWrap via email. “I think it’s insensitive to WB’s exhibitor partners to make such a sweeping announcement without discussing the matter with them first and expect WB to reverse the decision sometime soon.” (While AMC Theatres CEO Adam Aron indicated that the company was blindsided by Warner’s plans, studio insiders said they approached major exhibitors prior to the announcement.)

Since its launch at the end of May, WarnerMedia has a combined 38 million U.S. subscribers between HBO Max and regular HBO as of Sept. 30, which barely surpassed Warner parent AT&T internal expectations of 37 million. While it may be an unfair comparison, Disney+ debuted from a complete stand-still to 28 million subscribers within its first three months and now has more than 70 million paying consumers globally (the global figure for HBO Max/HBO is 57 million).

Both still lag behind the granddaddy of streaming services, Netflix, which has more than 73 million in the U.S. alone, and 195 million worldwide as of the end of September.

“We’re happy, we’ve been happy with the growth of HBO Max,” Forssell argued.

While the release dates for all these movies could change from their planned 2021 theatrical debuts, it figures that at least one new major film will be available for HBO Max subscribers each month, which should go a long way towards retention, a more accurate metric for how well a streaming service is catching on with consumers. It’s one thing to have “Wonder Woman 1984” on Christmas Day, it’s something completely different to have 13 months straight of new blockbusters.

“This obviously helps,” he said. “It helps with some acceleration, it is going to bring people in.”

There’s already going to be one, immediately noticeable impact for subscribers. The addition of Patty Jenkins’ highly-anticipated (even more with all the delays) Gal Godot-led DC Comics film has sped up the implementation of 4K and HDR formats. “We’re not going to put ‘Wonder Woman’ out there without that capability. And so, we moved that up and did it earlier than we would have otherwise.”