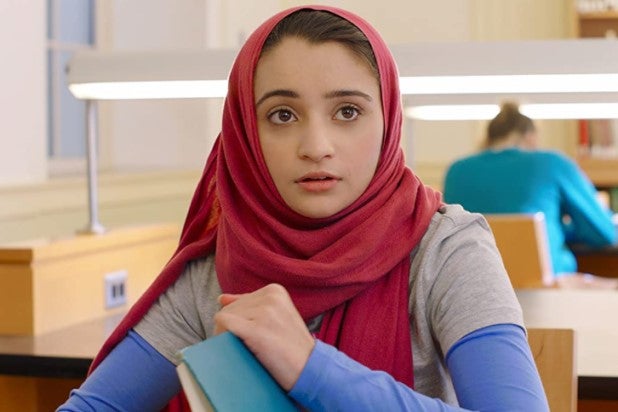 Name a Hollywood film that has a Muslim woman lead.

Can’t think of one? What about a Muslim women-led comedy directed by a Muslim woman? They are unicorn-rare.

Growing up in the panhandle of Florida, there was not much to do. Watching film and television was the way to cope. Even though the characters were lovable, they always seemed as predictable and mundane as the geography around me. I never thought it would change. Or that I could change it.

I am one of the first hijabi female filmmakers in America. Graduating from Florida State University Film School in the late 2000s allowed me opportunities to create stories I wanted to see and could relate to. I longed for the nostalgic touch of a feel-good movie but with hijabi Muslim women featured as leads. I created four shorts that did tremendously well because people yearned to see a Muslim female story. They were screened in 100 venues worldwide, were an NBC Short Cuts finalist, Princess Grace Award winner, Emmy award winner, and more.

As a young filmmaker fresh out of film school, I thought this meant the industry was ready. But that wasn’t the case.

The industry remained hesitant to feature Muslim women in their stories until recently. In 2016, when the Trump administration initiated the Muslim ban, only then did we see Muslim women on television and film that came closer to authentic portrayals. Muslim women were featured on shows like Freeform’s “The Bold Type” and ABC’s “Quantico” and “Grey’s Anatomy,” but we saw more lead roles for Muslim men, including Hasan Minhaj’s “Patriot Act,” Hulu’s “Ramy,” and, most recently, NBC’s “Transplant.”

The importance of being the agents of our story cannot be understated. Along with my fellow American-Muslim female filmmakers, like Lena Khan and Nijla Mu’min, we have been pushing hard for our communities’ representation for several years with our films. I finally decided to make the first female rom-com made by Muslim women about Muslim women, “Americanish” (pictured above).

The film is a comedic yet authentic break from the traditional romantic comedy and highlights different layers of feminism as it intersects with religion, culture, immigration and the current sociopolitical climate. We have to champion and commandeer these efforts to make American Muslim women uniformly represented in the portrayal of the American narrative. I made a film in an accessible genre that I feel has a globally relatable story with the potential to reach audiences from intersectional experiences. It’s particularly meaningful to our cast and crew, as many of us are women, women of color, and/or Muslim women. Comedy is often overlooked as a tool to help educate the public and transform our opinion, especially when it comes to politics and religion.

Not many understand what it means to be Muslim in America and we are often portrayed as a monolith in the media. I hope that when audiences watch authentic portrayals of American Muslim women they can begin to understand that there is more unifying us than separating us.

BIO Iman Zawahry
Iman Zawahry is a filmmaker, co-creator and director of the Islamic Scholarship Fund Film Grant and faculty at the University of Florida 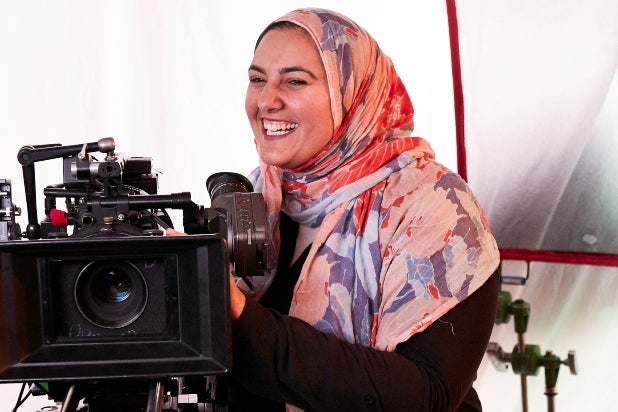 Iman Zawahry is a filmmaker, co-creator and director of the Islamic Scholarship Fund Film Grant and faculty at the University of Florida