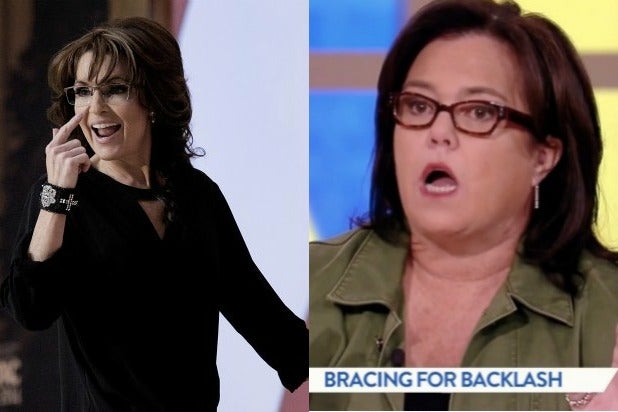 Sarah Palin is loving life on “Amazing America” as it heads into Season 2 on Sportsman Channel, but the former vice presidential contender might think joining another show would be amazing.

Also read: Sarah Palin Says She Might Run for Office Again to 'Bug the Crap' Out of Haters (Video)

When asked about reports that Palin was a frontrunner to join this season’s rebooted “View” panel, she told Extra’s Charissa Thompson: “I think it would be fun to be able to highlight more of the issues that they get to focus on. But when I have an opportunity like this to do something so positive, and not necessarily so controversial, which is a new thing in my life… and not bickering sitting across a table or on a panel, I’m like, ‘Man I’ve got it made with ‘Amazing in America.'”

Regardless of your politics, can you imagine a world where Sarah Palin sat across a table with Rosie O’Donnell and Whoopi Goldberg? There wouldn’t be enough reporters in the world to share all the fireworks (or security guards on call on-set).

Palin also gave her thoughts on whether she’s ready for Hillary [Clinton].

“I’d love to see a women, on both sides of the aisle, shooting for that top spot,” she said.