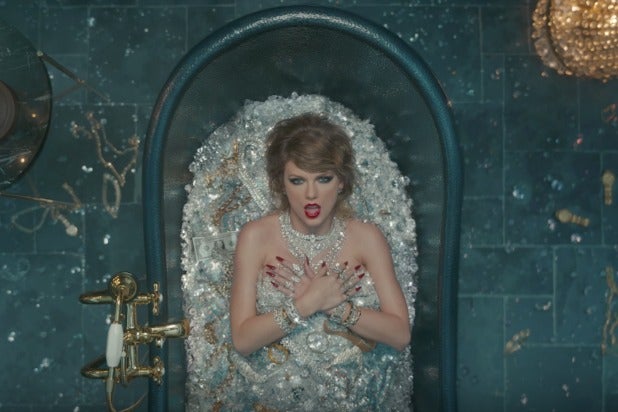 Taylor Swift's "Look What You Made Me Do"

Taylor Swift’s “Reputation” album drops this Friday, and the track list reveal on Tuesday has the internet in a veritable uproar.

But Swift also has more for her fans to feast on: She’s putting out two magazines (available at Target) in conjunction with her album that she describes as “quality reading material.”

We already know that New Taylor is done caring about her reputation and that this album will throw shade in all directions — including biting critiques of press members who don’t give her glowing coverage.

Swift’s magazine covers are titled “TS,” and feature logos suspiciously similar to those of “US Weekly” and “OK!” The stories teased on the front also confront stories that have been spread about her in the past, like pregnancy rumors and the obsession with her “disappearance” from social media.

Forgot to show the back of the Target magazines ???? on Friday you can get your hands on this quality reading material. https://t.co/fPhRA1Ocvf pic.twitter.com/w8q9R752vR

Taylor Swift threw shade at US Weekly for spreading lies and rumors about her with those back covers. pic.twitter.com/h9EEr8lts8

Check out the track list below. While the first single, “Look What You Made Me Do,” was very New Taylor on-brand, the other three songs we’ve heard so far are more reminiscent of Old Taylor love songs (“…Ready For It” sounds like it could be on “Red”).

For more drama, sit tight until the album comes Friday.