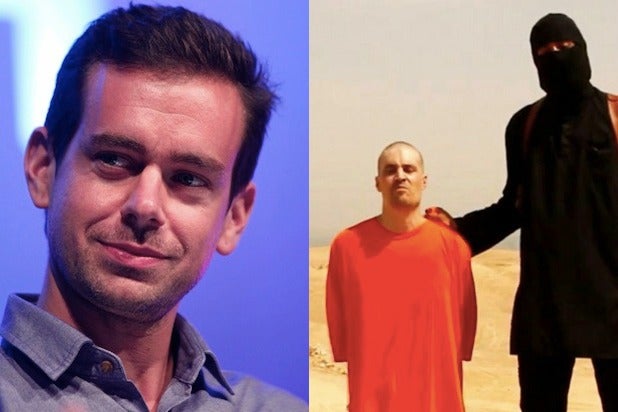 ISIS has a new target—Twitter.

“You started this lost war,” a post from alleged ISIS supporters to Twitter CEO Jack Dorsey says. The threat, written in Arabic, had Dorsey’s image superimposed in crosshairs of a gun and called for jihadists around the world to target Twitter.

“We told you from the beginning it’s not your war, but you didn’t get it and kept closing our accounts on Twitter, but we always come back,” the post continued.

CNN reported Monday the threat doesn’t conclusively come from actual members of ISIS, but instead supporters of the group.

“Our security team is investigating the veracity of these threats with relevant law enforcement officials,” a Twitter spokesperson said in response to the threats.

The social media giant has blocked users linked to terror groups in the past; Facebook and YouTube have similar practices.