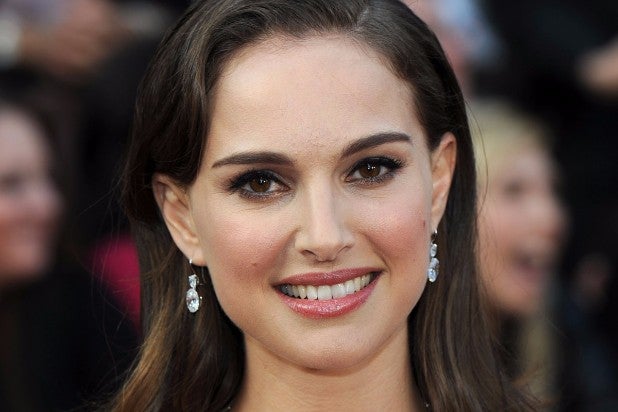 An Israeli politician says Natalie Portman’s Israeli citizenship should be revoked after she said she wouldn’t travel to Israel this summer to accept the Genesis Prize.

“From the outset, the idea of granting the Genesis Prize to Natalie Portman was complete craziness,” Likud party member Oren Hazan said, according to the Israeli National News. “[She is] a Jewish Israeli, who on the one hand cynically uses her birthplace to advance her career and on the other is proud of the fact that she managed to avoid enlisting in the IDF. She’s an actress, but she is unworthy of any honor in the State of Israel.”

Hazan added: “Sweetness can come from strength: I call on Interior Minister Aryeh Deri (Shas) to rescind Portman’s Israeli citizenship. She left Israel at age four, and has no real connection to the State.”

On Thursday, a representative for Portman told the Genesis Prize foundation that Portman will not travel to Israel to accept an award she was scheduled to receive in June, saying she “cannot in good conscience move forward with the ceremony,” according to Israeli news outlet Haaretz.

“Recent events in Israel have been extremely distressing to her and she does not feel comfortable participating in any public events in Israel,” a representative for the “Annihilation” star told the Genesis Prize Foundation, which presents the award.

As a result, the June 28 ceremony in Jerusalem will be canceled entirely, the foundation said in a statement on Thursday, Haaretz reported.

Portman, who was born in Israel and has duel Israeli and American citizenship, did not specify which “recent events” were the catalyst for her decision, though she is not the first performer to cancel public appearances in Israel due to protests over the country’s ongoing conflict with Palestinians.

Last November, Portman was selected to receive the 2018 Genesis Prize, dubbed the “Jewish Nobel,” for her demonstration of “outstanding professional achievement and commitment to the Jewish people and Jewish values, such as social justice, tolerance and charity.” At the time, she committed to “re-gift” the $1 million in prize money to charities focused on advancing women’s equality.

Additionally, the Haaretz reported that Culture and Sports Minister Miri Regev said, “I was very sorry to hear that Portman fell like a ripe fruit into the hands of BDS supporters. A Jewish actress, who was born in Israel, has joined those who see the miraculous success story of Israel’s creation as a ‘story of darkness.'”

Representatives for Portman have not yet responded to TheWrap’s request for comment.

The pink suit and matching pillbox hat, the funeral veil — see all the stunning fashion choices worn by Natalie Portman in “Jackie”