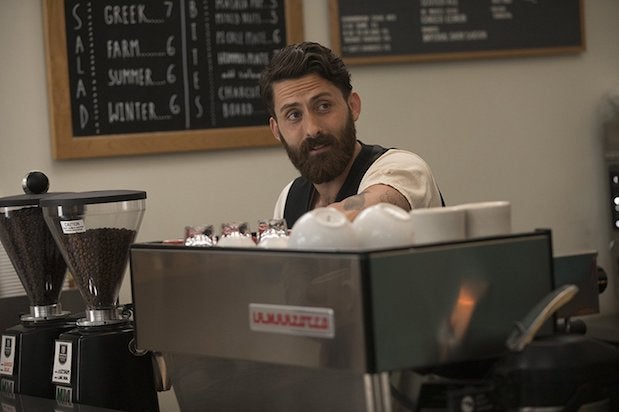 The cast of the adult version of the Losers’ Club continues to take shape, as Andy Bean has signed on to play Stanley Uris in “It: Chapter Two,” an individual with knowledge of the project confirmed to TheWrap.

Stanley was played by Wyatt Oleff in the first “It” movie, which saw a group of kids in Maine get terrorized by the evil clown, Pennywise. The film, which tells the first half of Stephen King’s famous horror novel, ended with all the kids swearing to return as adults when Pennywise comes back to attack their hometown. But as Stanley will soon learn, Pennywise is expecting them.

Bean is know for his roles on “Power,” “Here and Now” and “Allegiant.”

“It: Chapter Two,” will star James McAvoy, Bill Hader, and Jessica Chastain as the adult versions of Stanley’s friends, Bill, Richie, and Beverly. The kids who starred in the first “It” will also return for flashbacks in “Chapter Two,” including Finn Wolfhard and Jaeden Lieberher. And Pennywise himself, Bill Skarsgard, will be back to reprise his role as the deadly clown made famous by Tim Curry in the 1990 TV miniseries adaptation of King’s book.

Released last September, “It” became the highest grossing horror film of all-time with $700 million grossed worldwide. Director Andy Muschietti and writer Gary Dauberman are also returning to work on “Chapter Two,” which will be released by Warner Bros. and New Line on September 6, 2019. Production is expected to start this summer.

Bean, who was most recently seen in the HBO series “Here and Now,” is repped by TalentWorks and Magnolia Entertainment.