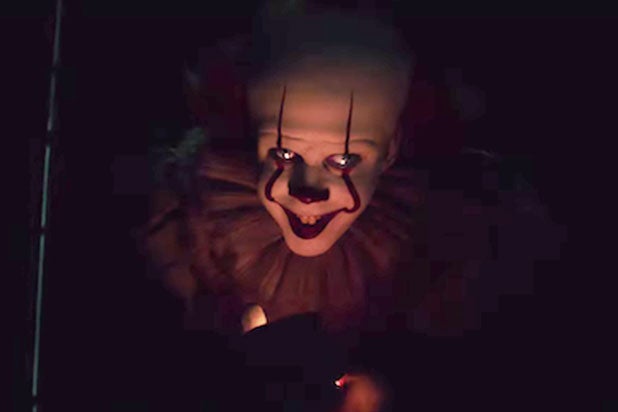 While horror movies might be a good way for studios to make a solid profit on a low budget, it’s extremely rare to see one serve as a studio’s primary tentpole. But such is the case for Warner Bros.’/New Line’s “It: Chapter Two,” which is expected to perform just as big as its 2017 predecessor, judging by its first round of tracking numbers on Thursday.

Two years ago, “It” smashed the glass ceiling for horror at the box office, earning a genre record $123 million domestic opening and $700 million worldwide, all on a very thrifty $35 million budget. That took trackers and analysts by surprise. But this time they’re expecting one of the biggest openings of the year.

Some trackers are currently predicting a $100-110 million opening, but others are expecting an opening in the $120 million range. Analysts and rival distributors tell TheWrap they expect tracking to rise as the film’s Sept. 5 opening draws closer, and that it is likely that “Chapter Two” passes the bar set by the first film. Even if it opened to the lower figures being projected, both “It” films would stand as the two highest openings ever for a September release.

Warner Bros. has done very well in recent years releasing films in late August and early September, which have been regarded as one of the few remaining dead periods on the 52-week release calendar. Last year, “The Meg” legged out from its mid-August release slate into September, earning $145 million domestically.

And on Labor Day weekend, another WB/New Line horror film, “The Nun,” opened to $53 million in the same weekend slot that “It: Chapter Two” is releasing, and went on to $117 million domestic against a $22 million budget. Expect this sequel, the pinnacle of New Line’s resurgence as a horror label, to blast past “The Nun” in less than a week.

Based on the second half of Stephen King’s iconic novel, “It: Chapter Two” takes place 27 years after the first film. The Losers Club, now adults who have gone their separate ways, reluctantly reunite in Derry to fulfill the blood oath they made to each other and finish off the evil Pennywise once and for all. Director/writer pair Andy Muschietti and Gary Dauberman return, as does the first film’s cast including Bill Skarsgard, Jaeden Martell and Finn Wolfhard. The film’s new cast includes James McAvoy, Jessica Chastain, Bill Hader and Isaiah Mustafa.