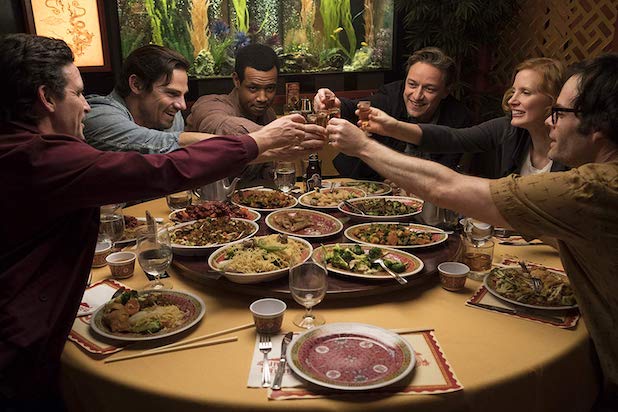 While Warner Bros./New Line’s “It: Chapter Two” isn’t looking like it will have a bigger opening weekend than its 2017 predecessor, it’s still on pace to earn one of the largest opening weekends ever for a horror film or a September release.

Opening on 4,570 screens — the widest release ever for a horror film — the Stephen King adaptation earned $37.4 million on Friday and is now projected for a $91 million opening. That’s below the $100-110 million projected by independent trackers but more in line with the $85-90 million set by Warner Bros. It also would pass the $76 million opening earned by last year’s “Halloween” for the second highest opening of any horror film, sitting only behind the $123 million earned by the first “It.”

Critics’ reviews were notably lower for “Chapter Two” with 65% on Rotten Tomatoes compared to 86% for the first “It,” but audiences have generally enjoyed both films with a B+ on CinemaScore, higher than what horror films usually get. This bodes well for “Chapter Two” legging out through September, something that “It” did very well to earn $327 million domestic and $700 million worldwide.

The rest of this weekend’s charts consist of summer holdovers. Lionsgate/Millennium’s “Angel Has Fallen” continues to hold well with an estimated $6 million in its third weekend, which would bring it to $53 million and keep it on pace to pass the $62 million domestic run of Gerard Butler’s previous film in this action series, “London Has Fallen.” Universal’s “Good Boys” is also holding well with $5.4 million in its fourth weekend, giving it a total of just under $67 million.

Completing the Top 5 are blockbuster mainstays “The Lion King” and “Hobbs & Shaw,” which will likely be pushed out next weekend by new releases. “The Lion King” is estimated to take $4.6 million in its eighth weekend to bring its domestic total to $529.5 million. Just behind it is “Hobbs & Shaw” with $3.6 million in its sixth weekend for a $164 million domestic cume and over $700 million worldwide.