England’s hopes of capturing its first major soccer championship since the 1966 World Cup were crushed on Sunday as Italy defeated them in the UEFA Euro 2020 finals, which went to a penalty shootout for only the second time in the history of the tournament.

The match opened with the sold-out Wembley Stadium roaring as English midfielder Luke Shaw scored just two minutes into the match, the earliest goal ever scored in the finals of the Euros. But in the second half, Juventus defender Leonardo Bonucci scored for Italy off of a corner kick to level the score at 1-1.

The score would stay there through extra time, leading to a penalty shootout that ended 3-2 in favor of Italy. Goalkeeper Gianluigi Donnarumma secured the victory for Italy by deflecting the final penalty shot from England’s substitute midfielder Bukayo Saka.

Italy has won the World Cup four times, the most recent being 2006. But this is only their second victory at the Euros and the first since 1968. It’s a big rebound for the national team, coming after they failed to qualify for the 2018 World Cup.

And for England, it is more heartbreak for a nation used to it when it comes to international soccer. This was the country’s first ever appearance in the Euro finals, having only reached the semifinals twice previously in 1968 and 1996. Held in London, the final was arguably the most anticipated sporting event England had seen in decades, with reports of hordes of fans without tickets trying to break into the stadium prior to kickoff.

Before the game ended, videos of seven-year-old Prince George went viral as a field cam captured the young royal gleefully reacting to Shaw’s goal for England in the first half alongside his parents, Duchess Kate Middleton and Prince William. A photo of the family and a crestfallen Prince George was captured later at the end of the match (check out the reversal of fortune, and facial expressions, here). 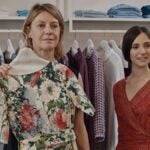 Throughout the tournament England’s motto was “it’s coming home,” so naturally now that the trophy is indeed not coming home, people couldn’t resist making memes mocking the team — and “it’s coming Rome” began trending instead.

Fans of the English national team were quick to point out that it might be a rough night for pub owners in London as fans on either side either celebrate or mourn — England hosted the tournament this year. As historian Kevin Kruse noted, “They might as well announce the Purge has begun in London.”

Check out some reactions from both England and Azzurri fans below.