""The full measure of the collective contributions made by Dick Wolf and his ‘Law & Order’ franchise over the last two decades to the success of NBC and Universal Media Studios cannot be overstated," Jeff Gaspin, chairman, NBC Universal Television Entertainment, said in a statement.

NBC is in last-minute talks over a 21st season of "Law & Order," despite that news of its cancellation had spread among people on the production side Thursday, a person with direct knowledge of the ongoing negotiations told TheWrap.

The production-side person told TheWrap unequivocally that the May 24 "Law & Order" episode would be its last, leaving it tied with "Gunsmoke" as the longest-running scripted show in U.S. primetime history. 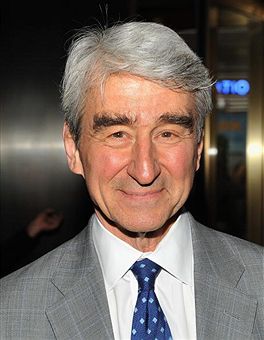 But another person close to the situation later said it was "very fluid," and that talks were ongoing between NBC, which owns the franchise, and producer Dick Cook.
They don’t have much time: This season’s final episode airs May 24, and NBC is presenting its upfronts in New York on Monday. It’s conceivable that a deal could be done after that, though this would present complications for the network in selling advertising for the show.
NBC prime-time entertainment boss Angela Bromstadhad earlier indicated her desire to see the venerable crime procedural break the longevity record, but the business dynamics of keeping "L&O" v. 1.0 on the air have become more cumbersome.
The show has been averaging between a 1.5-1.7 rating in the adults 18-49 demo; respectable for its time slot, but way down from the Dick Wolf-produced series’ heyday.
Further pushing "Law & Order" to the brink: TNT’s off-network syndication commitment of 20 seasons is expiring after this season. Though it has built its "We Know Drama" brand on the "L&O" franchise, it has plenty of its own originally-produced hourlongs to fill its schedule now.
New York Magazine’s Vulture blog reported that NBC had offered producer Dick Wolf a 21st season, but with a reduced budget and limited episodes. The New York Times, citing two sources it did not identify, said Wolf and NBC were still in talks.
If "Law & Order" exits, it will do so with over 400 episodes in the can … and as a pioneer of the procedural model that continues to dominate prime-time schedules.