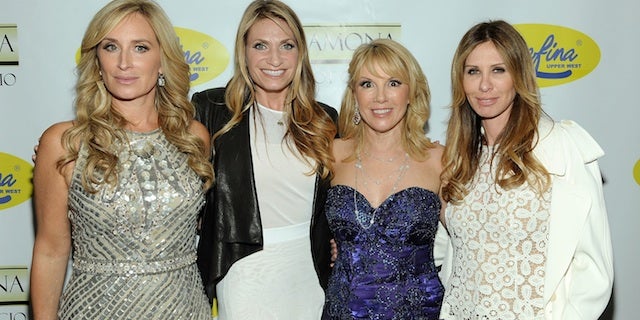 The standoff is officially over — for only four women.

"'The Real Housewives of New York City' will return on Bravo for Season 6. At this point, the returning cast members include Ramona Singer, Sonja Morgan, Carole Radziwill and Heather Thomson," a Bravo spokeswoman told TheWrap.

Production is expected to resume as soon as possible with the four women.

That means LuAnn de Lesseps and Aviva Drescher have not officially closed their deals. A person with knowledge of the negotiations said that the two women missed Bravo's deadline to sign their contracts, but hasn't ruled out the possibility that they could sign on at a later time.

On Saturday, reps for the striking cast members had come to an agreement that the women will all accept the deals they were offered.

A the time, no contracts had been finalized, but were expected to be completed on Monday during business hours, despite reports to the contrary on Saturday. The network remained cautious about the agreements until the women actually sign on the dotted line, the insider said.

Also read: Bravo to Striking 'Real Housewives of New York' Cast: Stand Down or You're Fired

On Friday, Bravo insiders told TheWrap that the network was not going to back down on its previous salary offers to the ladies. It would rather fire the entire cast, postpone production and recast the show then set the precedent of allowing its casts to band together during negotiations.

Contrary to other reports, Bravo never considered canceling the series.

Individuals close to production said that Singer, Radziwill, Thomson and Drescher had already accepted the network's offer letters and were on their way to inking their contracts before deciding they wanted more money.

"They're getting greedy and feeling entitled," one insider told us about firing the entire cast if they don't stand down. "They are all replaceable."

While Bravo wanted to avoid recasting the entire cast, it already had possible new cast members waiting in the wings and was prepping to find more if the women didn't accept their offers.

Season 5 saw the franchise's biggest recasting when Jill Zarin, Alex McCord, Cindy Barshop and Kelly Killoren Bensimon were fired. Radziwill, Thomson and Drescher were brought in to replace them.

In the end, viewership declined. The fifth season of "RHONY," became its second-least watched outing of the series' run. In response, development executive and "Watch What Happens Live" host Andy Cohen said that the network was prepared for the lower ratings.