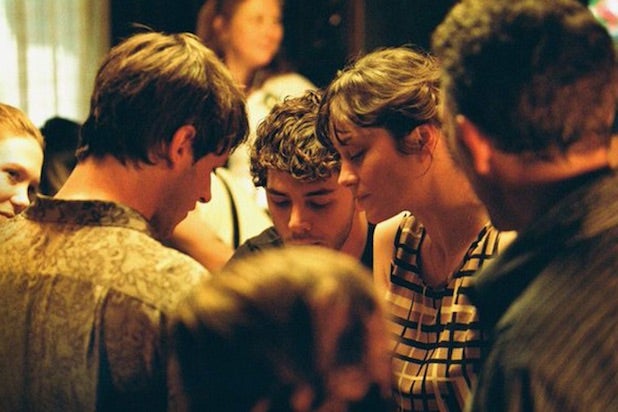 "It's Only the End of the World"

With 2014’s “Mommy,” French Canadian wunderkind Xavier Dolan electrified Cannes’ official competition and forcefully secured himself a spot on the world stage. After serving on the festival jury last year, he returned to the Cannes competition on Wednesday with “It’s Only The End Of The World,” which is his first total misfire. He now runs the risk of alienating many of those he had so recently won over.

Coming on the heels his 2014 art-house sensation, Dolan had access to bigger budgets, an international pool of actors and, for the first time, significantly heightened expectations. But “It’s Only The End of the World” capitalizes on none of those things, instead remaining so idiosyncratic and insular that it will only really appeal to his most ardent fans.

Well, I should say the film capitalizes on almost none of those things, because Dolan does go for enhanced star wattage here. The Canadian-French coproduction recruited Gaul’s biggest crossover stars to stammer and screech in incandescent light across a kitchen table.

Gaspard Ulliel takes the lead as Louis, a gay playwright returning home for the first time in twelve years to announce his imminent death. There to greet him are his mother, Martine (Nathalie Baye), his younger sister Suzanne (Léa Seydoux) and older brother Antoine (Vincent Cassel). The only person with whom Louis doesn’t have a strained relationship is Antoine’s wife Catherine (Marion Cotillard), and that because up to this visit brother-and sister-in-law had yet to meet.

The actors listed above are not only among the best (and most famous) actors in France — they are among the best in the world. But you wouldn’t know it from this film, where no one is given much to do beyond bellowing, bickering and being beautiful.

As the lead with a secret on his chest, Ulliel comes off best. And even then, he does so by more or less reprising his exact same performance from 2014’s “Saint Laurent” (which, come to think of it, played at Cannes alongside “Mommy”), all mumbled timidity and mannered feyness.

Cassel hits notes on the opposite end of the spectrum, doing his usual hothead swagger — but that’s the actor’s stock-in-trade, and running on persona only gets you so far.

All three actresses play characters with stilted relationships to the lead, and they interact, well, stiltedly. In a surprising move for a young filmmaker known for writing strong female roles, none of the three women in the film exhibit much interior life. All are more or less defined by their relationships to the men onscreen. (Dolan wrote the film, which is based on the 1990 Jean-Luc Lagarce play “Juste la fin du monde.”)

If that seems somewhat out-of-character for Dolan, everything else finds him resoundingly in line. The images feel worked to the max, and often in a beautiful way. Our eyes glide through cinematographer André Turpin’s artfully composed frames, stopping to swim in the pools of blue and black. Dolan shoots in tightly held close-ups, forgoing spatial staging for the immediate pleasures of fabric and light.

Whereas similar imagery filled his previous films with energy and life, here it just makes the somber piece feel more claustrophobic and inert.