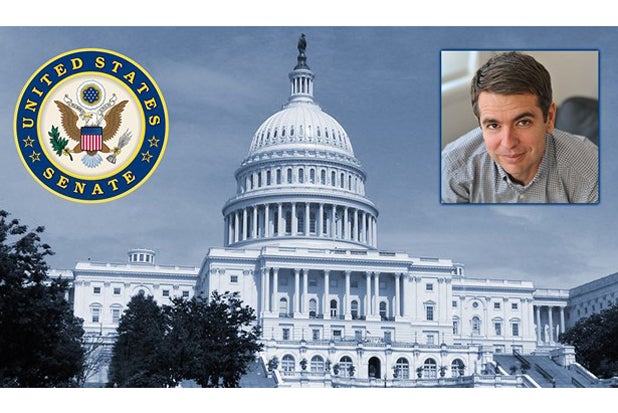 This past Tuesday, I traveled to Washington, D.C. to testify before the Senate Judiciary Subcommittee on Antitrust, Competition Policy and Consumer Rights.

The topic was the Department of Justice review of the consent decrees governing the two main U.S. performing rights societies, ASCAP and BMI.

I was one of six panelists — three for continued and/or further regulation and two others, like me, supporting an update of the consent decrees to adjust for the developing digital market.

During the hearing there was plenty of discussion about the need for data transparency in digital music. My company, SONGS Music Publishing, is at the leading edge of this issue, as we have made all of our catalog data available online in real time. As I said in the hearing, I believe the entire industry will move in this direction — without further government regulation.

But there is another kind of transparency that is sorely lacking in the debate over government regulation of songwriter rights: an honest look at the interests and motivations of the parties engaged in the debate. The truth is, behind all of the rhetoric, powerful interests are fighting as hard as they can to avoid paying songwriters for digital uses of their music.

Tuesday’s hearing was an important step in shining a light on who is involved in this fight and where they stand.

Also Read: Spotify CEO to Taylor Swift: The Pirates Are Going to Get You

Here are a few things that came to light during the robust conversation:

1. Pretty much everyone agrees that songwriters are paid too little for streaming.

In the room on Tuesday, there were representatives of the entire range of interests in the digital music economy. Even the most ardent opponents of consent decree reform weren’t willing to say that Lee Miller and his co-writers splitting $7,000 six ways for his smash hit “Southern Girl” or my writers earning $3,000 for their share of the #1 hit “Talk Dirty” was fair in any way. So, we have a problem here, people. And asking songwriters for further rate relief is not the answer.

2. There is a metric ton of hypocrisy at work in complaints about consolidation in the music publishing industry.

I listened to the lobbyist for Pandora and the representative for the National Association of Broadcasters talk over and over again about the major music publishers having too much market power. Mike Dowdle, the NAB witness, even claimed that a publisher who owns just one song has too much market power in that song.

But, wait a minute. Doesn’t Pandora have something like 90 percent market share in Internet radio? YouTube about the same share in online video? What’s iHeart Media’s share of the terrestrial radio market? Comcast/NBC/Universal’s share of filmed entertainment? Pandora, the smallest one of these massive companies, had 2014 revenue equaling 50 percent of the annual earnings of the entire music publishing industry in the United States. We are like a cat fighting a tiger dealing with them. Yet I am compelled to license my songs to these huge corporate interests, no matter what the terms, without the ability to say no. It makes no sense.

3. Pandora is sure it’s radio, until it’s not so good to be radio.

Chris Harrison, my fellow panelist who was representing Pandora, made the forceful argument that Pandora ought to pay the same rate as terrestrial radio. “We compete most closely with terrestrial radio for listeners and ad dollars” he said, adding “we are the highest paying form of radio there is.”

Then, faced with some horrible numbers when myself and songwriter Lee Miller brought up how much less Pandora pays writers than commercial radio — all of a sudden Pandora is a totally different animal. “It’s a different technology [from terrestrial radio], ” he then says, “Internet delivery is a one to one mechanism it’s not a one to many broadcast”

4. There needs to be more disclosure of the funding sources of anti-songwriter lobby.

Before Tuesday, I had never heard of Public Knowledge, the supposedly “pro-consumer” group that Jodie Griffin represented on the panel. But after I heard her comments — including a reference to the secretive, pro-regulation Future of Music Coalition — I looked around today to see if I could find out who funds the organization. Not surprisingly, there is almost no information available on their sources of financing.

5. NAB opposition to partial withdrawal of rights is just a red herring for bashing ASCAP and BMI.

Mike Dowdle is a very personable, well spoken broadcaster. He was great on the panel but no matter how well he delivered it, his central argument against partial rights withdrawals is an empty shell. Citing broadcasters lack of control over music in programming (a legitimate fact in certain narrow circumstances), Dowdle cited partial withdrawals as a threat to the entire television licensing system as we know it.

That’s actually an argument for partial withdrawal. The television licensing system functions exceedingly well — as Dowdle mentions repeatedly in his testimony. If you want to save the system, the way forward is to allow partial withdrawal. I can’t imagine that there is a single publisher that would withdraw their TV rights from the PROs if they weren’t required by the court to be “all in” or “all out” on digital. On the other hand, when presented with a Sophie’s choice, some will likely pull out entirely, thereby crippling the system.

These are just a few of the many issues that need to be transparent to have an honest and fair debate about government regulation of songwriter rights. Tuesday’s hearing was an important first step, and I applaud the senators on the panel for holding such an open and honest forum.

It’s time to shine the light on the interests at play in digital music, rather than simply cite complexity as a barrier to modernization in music. Because the underlying fact is pretty simple: Songwriters are grossly underpaid for digital streaming and everyone in that hearing room knows it.

BIO Matt Pincus
Matt Pincus is the founder and CEO of SONGS Music Publishing, the leading US contemporary independent music publisher. With its headquarters in New York and offices in Los Angeles, London and Nashville, SONGS’ represent over 350 songwriters including Grammy Award winner and Golden Globe nominee Lorde, The Weeknd, DJ Mustard, Diplo, and many more. Matt is a member of the Board of Directors of both the National Music Publishers Association (NMPA) and ASCAP.

Matt Pincus is the founder and CEO of SONGS Music Publishing, the leading US contemporary independent music publisher. With its headquarters in New York and offices in Los Angeles, London and Nashville, SONGS’ represent over 350 songwriters including Grammy Award winner and Golden Globe nominee Lorde, The Weeknd, DJ Mustard, Diplo, and many more. Matt is a member of the Board of Directors of both the National Music Publishers Association (NMPA) and ASCAP.