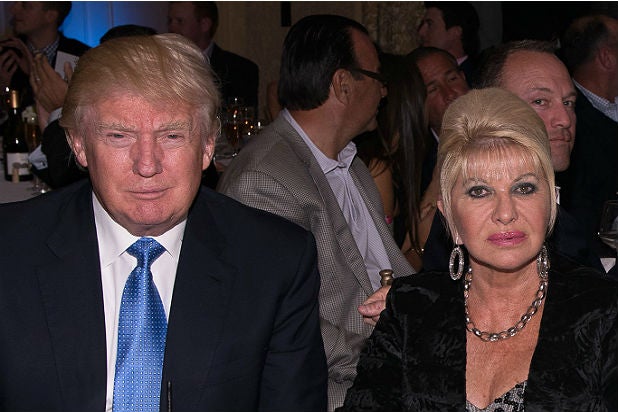 Donald Trump’s ex-wife Ivana Trump says a Daily Beast story investigating her use of the word “rape” to describe a 1989 incident between the former couple is “totally without merit.”

“I have recently read some comments attributed to me from nearly 30 years ago at a time of very high tension during my divorce from Donald. The story is totally without merit,” Ivana said in a statement to CNN on Tuesday. “Donald and I are the best of friends and together have raised three children that we love and are very proud of. I have nothing but fondness for Donald and wish him the best of luck on his campaign. Incidentally, I think he would make an incredible president.”

The story cites legal documents from their divorce proceedings, as well as a 1993 biography called “Lost Tycoon: The Many Lives of Donald J. Trump,” by Harry Hurt III. The book mentions Ivana’s use of the word “rape” to describe the 1989 incident, which she said made her feel “violated.”

In a note published on the first page of “Lost Tycoon,” Ivana acknowledged making the statements, but clarified that she did not mean them in a “literal or criminal sense.”

“During a deposition given by me in connection with my matrimonial case, I stated that my husband had raped me,” Ivana’s statement reads. “[O]n one occasion during 1989, Mr. Trump and I had marital relations in which he behaved very differently toward me than he had during our marriage. As a woman, I felt violated, as the love and tenderness, which he normally exhibited towards me, was absent. I referred to this as a ‘rape,’ but I do not want my words to be interpreted in a literal or criminal sense.”

Also read: 'The View' Blasts Donald Trump Over Lindsey Graham Beef: 'You Can Dish It Out, But You Can't Take It'

When the reporter pressed back that there is legal precedent for spousal rape, Cohen threatened to sue.

“I will make sure that you and I meet one day while we’re in the courthouse. And I will take you for every penny you still don’t have,” Cohen said. “And I will come after your Daily Beast and everybody else that you possibly know. So I’m warning you, tread very fucking lightly, because what I’m going to do to you is going to be fucking disgusting. You understand me?”

On Tuesday, Cohen apologized for what he called an “inarticulate comment.”

“As an attorney, husband and father there are many injustices that offend me, but nothing more than charges of rape or racism. They hit me at my core,” Cohen said. “Rarely am I surprised by the press, but the gall of this particular reporter to make such a reprehensible and false allegation against Mr. Trump truly stunned me. In my moment of shock and anger, I made an inarticulate comment — which I do not believe — and which I apologize for entirely.”

Donald’s presidential campaign manager Corey Lewandowski offered a statement on Tuesday, too. “Mr. Trump didn’t know of his comments, but disagrees with them.”

Watch CNN’s coverage of the statements below.