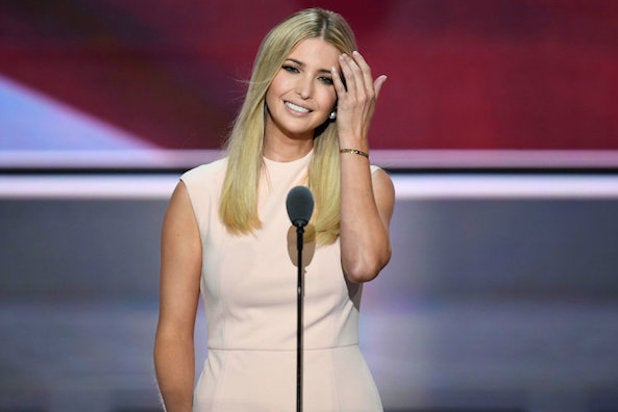 Donald Trump might have been surprised that Nordstrom decided to stop carrying his daughter Ivanka’s product line, but Nordstrom says it shouldn’t have surprised Ivanka.

Following President Trump’s tweet on Wednesday that Nordstrom treated Ivanka “so unfairly,” the company clarified that it dropped the line after months of steady sales declines — and that it informed Ivanka about the decision at the beginning of the year.

“Over the past year, and particularly in the last half of 2016, sales of the brand have steadily declined to the point where it didn’t make good business sense for us to continue with the line for now,” a Nordstrom spokesperson told TheWrap in a statement Wednesday. “We’ve had a great relationship with the Ivanka Trump team. We’ve had open conversations with them over the past year to share what we’ve seen and Ivanka was personally informed of our decision in early January.”

My daughter Ivanka has been treated so unfairly by @Nordstrom. She is a great person — always pushing me to do the right thing! Terrible!

Donald Trump made headlines on Twitter — once again — on Wednesday by pooh-poohing the company for its treatment of his daughter.

“My daughter Ivanka has been treated so unfairly by @Nordstrom,” Trump tweeted.”She is a great person — always pushing me to do the right thing! Terrible!”

Nordstrom announced last week that it had decided to stop selling the younger Trump’s clothing and accessory line.

Pretty good when the President of the United States and leader of our economy is betting against you. 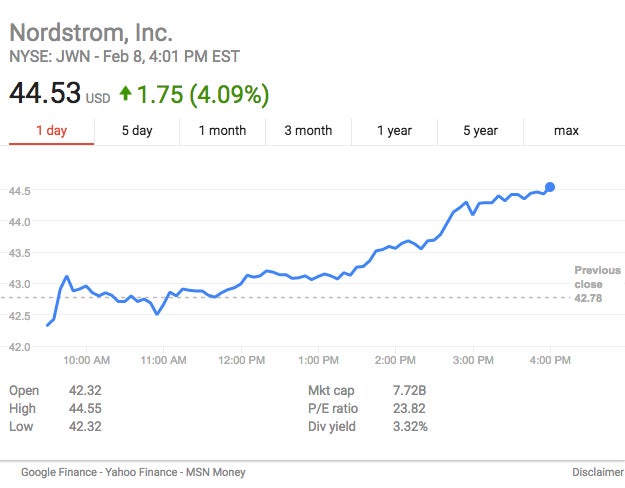 Nordstrom stock actually enjoyed a similar rise on February 3, one day after the store announced that it will no longer carry First Daughter Ivanka Trump’s clothing brand.