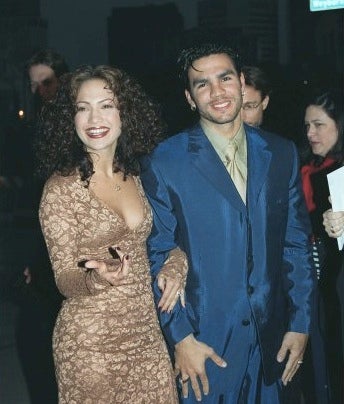 Ojani Noa arrived for court this morning dressed in a dark sports coat and open-collared blue shirt. The Cuban-born chef, a darkly handsome and cocky man, clutched a pair of expensive sunglasses in one hand. The only thing he didn’t bring to the Stanley Mosk Courthouse was a lawyer.

As a co-defendant in a $10 million lawsuit filed by his former wife, who happens to be the singer Jennifer Lopez, he needs one.
Lopez’s attorney, Century City power-lawyer Jay Lavely, is handling both the suit and Lopez’s attempts to have Noa and filmmaker Ed Meyer permanently prevented from showing, in any form, 11 hours of home videos shot by Noa during his 11-month marriage to J-Lo in the late 1990s.
Judge James Chalfant issued an injunction Tuesday that will prevent release of the footage until the case is resolved.
In arguing against it, Meyer’s lawyer, Frank Sanes Jr., repeated a claim to Chalfant that has been alleged elsewhere – namely, that Lavely has tricked the court into enforcing a restraining order against Noa and Meyer by inaccurately depicting the home movies as a sex video.
Judge Chalfant, who’d presided over a morning of cases involving individuals suing mortgage lenders, the city housing department and the DMV, testily denied Sanes’ claim and, what’s more, agreed with Lavely that Noa and Meyer had willfully thwarted Lavely’s attempts to obtain discovery evidence and to get depositions from the pair.
“You can’t simply ignore a court order for discovery,” chided Chalfant.
Sanes said the two men’s reluctance to cooperate stemmed from their having been the subjects of surveillance by the plaintiff’s side and felt their safety was at risk.
Lavely, a man in his late 60s with a thatch of golden hair, all but begged the judge to do something to prevent Meyer from going “kamikaze” by illegally filing the videotape as court evidence that would then be open to media scrutiny – something Meyer has sworn to do.
“If he wants to go to jail, he’s going to jail,” Chalfant shrugged stoically. “He’ll distribute these materials anyway.” The judge then ordered that, should J-Lo lose her suit, she pay the defendants $50,000 for their trouble – a slight correction from the $10 million that Sanes had sought.
By the time the hearing ended there were so many reporters and camera crews in the hall that the defendants’ press conference had to be moved outside the building. There, Sanes elaborated on his claims that Noa and Meyer have been the target of intimidation.
“We had automobiles parked in front of Noa’s apartment 24/7,” Sanes told TheWrap. “They belonged to Mrs. Lopez. We’re looking at how her folks have ratcheted up the hostility against the defendants. There have been knocks on [Noa’s] door, telephone calls at all hours of the night.”
Ed Meyer alleged that one of the cars reportedly parked outside Noa’s home bore a license plate traced to J-Lo’s Nuyorican Productions.
Lavely and an associate, Matt Panagiotis, avoided meeting the press, but their firm, Lavely & Singer, was never far from Meyer’s mind. He accused Lavely of putting Noa’s address and phone number in the public record so that angry J-Lo fans could go after him. Meyer also said that the prospect of facing Lavely’s firm has made it nearly impossible for Noa to find an L.A. lawyer to represent him.
“Lavely and Marty Singer have bullied Hollywood since 1982," Meyer said. "It’s time people stand up to them.”
Twenty feet away, the main part of the news conference turned into a tumultuous scrum as members of the Spanish-speaking media swarmed Noa. J-Lo’s ex was clearly loving the moment and announced his terms for letting the press hear his thoughts: He would first speak one-on-one with individual reporters, then read a prepared statement. Judging by the size of the crowd, the last reporter would probably leave in two hours.
“I am so out of here,” said one member of the court media.
As Noa spoke, a woman from his crew stood next to him and held up a calendar with a beefcake photograph of Noa on it. The press was transfixed. Noa was in complete control here – and without a lawyer. He was still clutching his sunglasses though.
x
Looks like you're enjoying reading