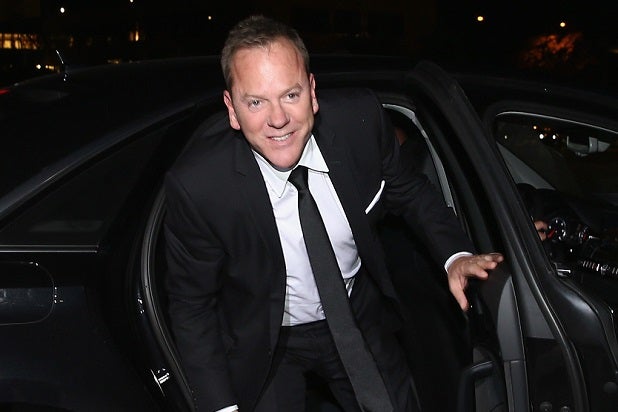 Apparently the man who played Jack Bauer has time for an album and tour.

Former “24” star Kiefer Sutherland announced Thursday that he’s releasing his debut album, “Down in a Hole,” this summer.

The actor also said he will embark on a 26-date tour, beginning April 14.

Sutherland has dabbled in music in addition to his acting career. Notably, he launched the record label Ironworks, though he stepped away from the label in 2009.

Described as “folk-tinged,” “Down in a Hole” is the result of a collaboration with Sutherland’s best friend, former Ironworks partner Jude Cole.

Sutherland called the album “the closest thing I’ve ever had to a journal or diary.”

“All of these songs are pulled from my own personal experiences. There is something very satisfying about being able to look back on my own life, good times and bad, and express those sentiments in music,” Sutherland said of the 11-track album. “As much as I have enjoyed the writing and recording process, I am experiencing great joy now being able to play these songs to a live audience, which was something I hadn’t counted on.”