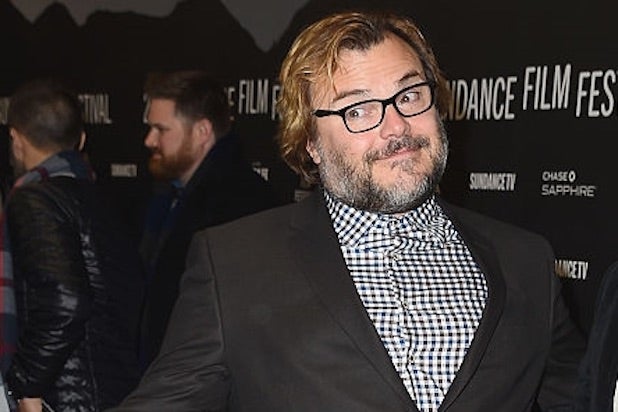 Jack Black has joined Cate Blanchett, Kevin Hart and Jamie Lee Curtis in the cast of “Borderlands,” the adaptation of the popular video game franchise that is set up at Lionsgate, Nathan Kahane, president of the Lionsgate Motion Picture Group announced on Thursday.

Black will voice the role of Claptrap, a persistently sarcastic robot that isn’t all that invested in the survival of his teammates. Eli Roth is directing the film based on the video game franchise. With “Borderlands,” Black will re-team with Roth and Blanchett following their work together on the film “The House with a Clock in Its Walls,” which opened No. 1 at the box office on its way to taking in over $130 million worldwide.

“I am so excited to reunite with Jack, this time in the recording booth,” said Roth in a statement to TheWrap. “Claptrap is the funniest character in the game, and Jack is perfect to bring him to the big screen.”

“Borderlands” is based on the PC and console trilogy from Gearbox Software and publisher 2K. The series is a visceral first-person shooter and roleplaying game about four “Vault Hunters” on a planet called Pandora who battle against local bandits and marauders in their search for a hidden vault rumored to contain advanced alien technology.

Also Read: Pedro Pascal to Co-Star in HBO's 'The Last of Us' TV Series Adaptation

“We couldn’t have been more in sync with our filmmakers and casting executives as we approached this role,” added Kahane. “It’s one of the biggest no-brainer casting decisions we’ve ever made. Everyone who’s ever played the game knows Jack is perfect for this part. We’re thrilled he will add his endless comic energy and voice to our film – he’ll bring so much to the movie.”

Black most recently reprised his role as Shelly Oberon in “Jumanji: The Next Level,” which took in over $800 million worldwide; Black is one of the cornerstones of the $1.7 billion franchise. Black’s upcoming work includes “Apollo 10½: A Space Age Adventure” for writer-director Richard Linklater.