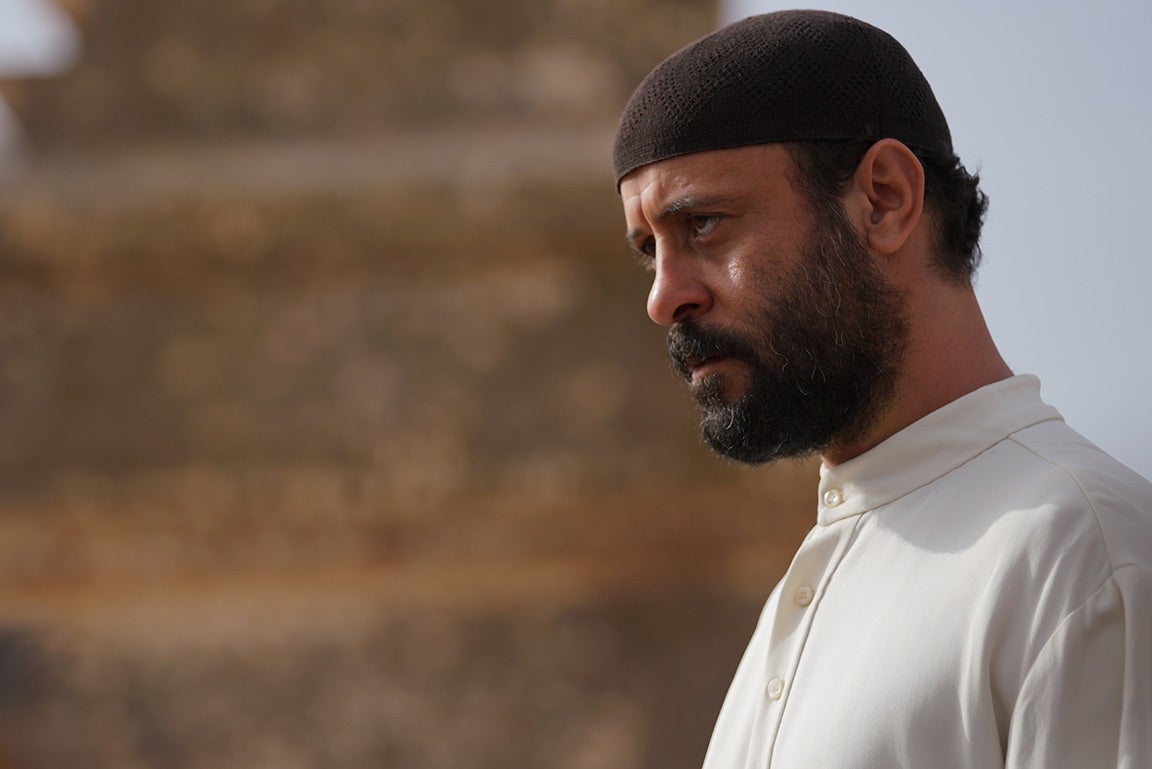 Co-showrunners Graham Roland and Carlton Cuse wanted to bring something to “Tom Clancy’s Jack Ryan” on Amazon that hasn’t been seen too often on screen: Three-dimensional portrayals of Middle Eastern characters.

“Any great villain is kind of the hero in his own mind, is complicated and layered,” Roland tells TheWrap of his series that premiered Friday night. “We definitely wanted to bring that to a Middle Eastern terrorist, which is something that we haven’t seen before on film.”

Roland served in the U.S. Marine Corps from 2000 to 2006 and was deployed to Iraq for one tour. That experience had a hand in shaping how Roland and Cuse depicted the show’s Middle Eastern characters. Although the antagonist, Mousa bin Suleiman (played by Ali Suliman), is compared by John Krasinski’s Ryan to Osama bin Laden during the first episode, Roland and Cuse took a more nuanced approach to writing him and the other Arab characters.

“I felt like there wasn’t a huge difference between them, and their goals and what they wanted for their families and for themselves, and what we want for ourselves here in the U.S.,” said Roland. “I just felt like that line wasn’t as drastic as its portrayed to be often times.”

During the opening scene, a young boy (which is revealed at the end of the episode to be Suleiman as a child) is dancing around his room with his brother to Men at Work’s “Safety Dance” (the scene takes place in 1983). “[We were] sort of trying to erase the line a little bit between us and them,” said Roland. There’s also a scene early on where Suleiman’s family is playing Monopoly.

Suleiman’s side of the story is given about as much of the narrative attention as Ryan’s, with the first episode serving as a build up of sorts to his reveal. Dina Shihabi’s Hanin, the wife of Suleiman, becomes integral to the CIA’s goal of stopping Suleiman after she runs away with their three kids. In fact, much of Suleiman’s storyline is told through her perspective.

Suleiman and his younger brother, Ali (Haaz Sleiman), we find out, have been orphaned after U.S. planes dropped bombs near their village in Lebanon, and they end up growing up in France. Through flashbacks we see multiple instances of French people’s racism towards Suleiman and his brother, which make the stakes feel a bit more personal versus the stereotypical terrorist character.

“Sometimes we’re victim of circumstance, but we don’t start out from that different of a place,” said Roland.

Outside of a small scene during a flashback of Jack Ryan’s days in Afghanistan, where a small boy would take a picture with a Polaroid then charge Ryan for it, nothing specific from his experience made it into the narrative. “It’s just a nod to it, really.”