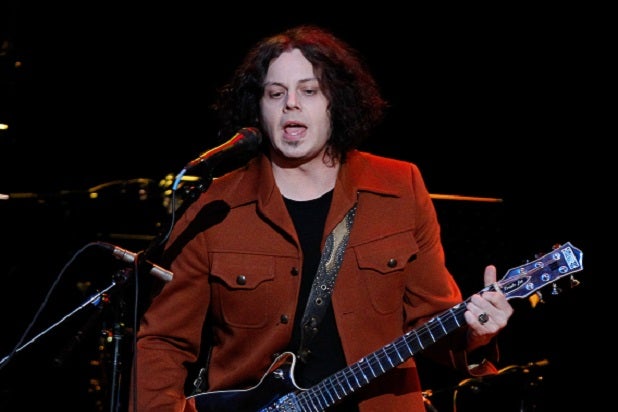 Jack White has extended an olive branch to the Black Keys — after deriding them as copycats in the pages of Rolling Stone.

The former White Stripes frontman issued an apology to the band on Saturday, after telling the magazine that the garage-rock duo had been “ripping off sounds of mine.”

White told Rolling Stone in its current cover story, “There are kids at school who dress like everybody else, because they don’t know what to do, and there are musicians like that, too. I’ll hear TV commercials where the music’s ripping off sounds of mine, to the point I think it’s me. Half the time, it’s the Black Keys. The other half, it’s a sound-alike song because they couldn’t license one of mine. There’s a whole world that’s totally fine with the watered-down version of the original.”

The recent comments were the latest example of White taking a swipe at the Black Keys; last year, leaked emails found White accusing the group of riding his coattails.

But Saturday found White hitting a more positive note. An apology posted to White’s  website reads, “There are a lot of things that only people around me can know about or understand, but despite all of that I want to say this: I wish the band the Black Keys all the success that they can get. I hope the best for their record label Nonesuch who has such a proud history in music, and in their efforts to bring the Black Keys songs to the world.”

White attributes his most recent comments to “an attempt to not give the music magazine Rolling Stone a ‘no comment'” on his beef with the White Stripes.

“In an attempt to not give the music magazine Rolling Stone a ‘no comment,’ because I thought they would use that to convey some sort of pettiness on my part, I decided to try to explain a tiny portion of what they were asking. But, they are the type of comments that are to be made to producers, engineers, and managers who thoroughly understand the behind-the-scenes of what we do all day long,” White writes. “I should’ve been smarter to know that it would be pointless to use comparisons like I did to readers who most likely don’t understand the scenario and that my words would seem very negative in nature. That’s not me trying to sound like I’m above anyone, it was just “shop talk” and it sounded a lot more negative than it was meant to.”

Despite White’s comments, the Black Keys are apparently sympathetic to the musician. Speaking of the leaked emails, Keys drummer Patrick Carney told Rolling Stone in May that he sympathized with White, as White had been locked in a custody dispute with his ex-wife at the time that he wrote the emails.

“We’ve all said fucked-up shit in private, and divorce is hard,” Carney told the magazine.