Love letters exchanged between Jackie Kennedy and former U.K. ambassador David Ormsby-Gore that reveal the depth of their passionate relationship and the heartbreak that followed when she decided to marry shipping tycoon Aristotle Onassis are up for auction.

The former First Lady and ambassador’s relationship after John F. Kennedy’s assassination in November, 1963 — and Ormsby-Gore’s subsequent marriage proposal — have been documented in several Kennedy family biographies. But the newly discovered writings shed fresh light on not only their relationship but also on the early days of her marriage to Onassis.

“I care about you so much, and before Georgia I thought maybe I had cut all communication forever, I hope that isn’t true, we have known so much and shared and lost so much together,” she wrote to Ormsby-Gore just a month into her marriage to the Greek-Argentine billionaire. “I hope that bond of love and pain will never be cut.” 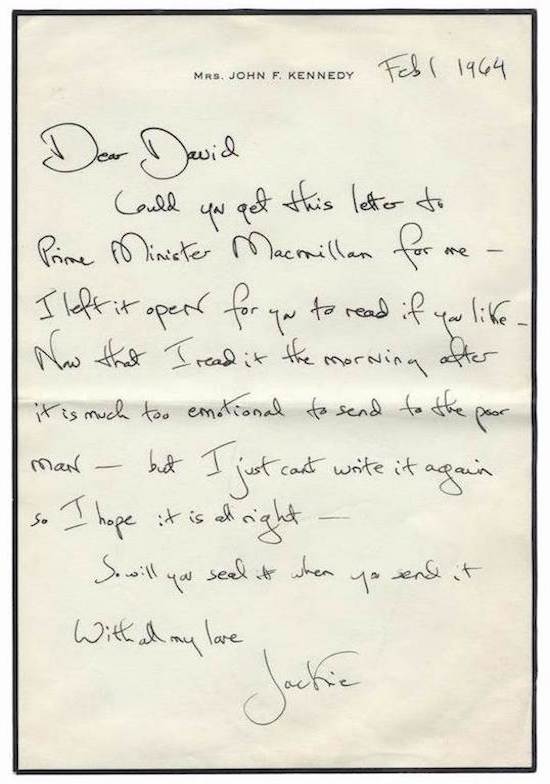 It is presumed by historians that the mention of Georgia refers to a visit they made to a mutual friend’s Thomasville, Georgia, plantation a few weeks after the president was gunned down in Dallas.

The lot of letters written on both personal and White House stationery were recently discovered in two red leather briefcases in the Ormsby-Gore family’s centuries-old estate in Wales. 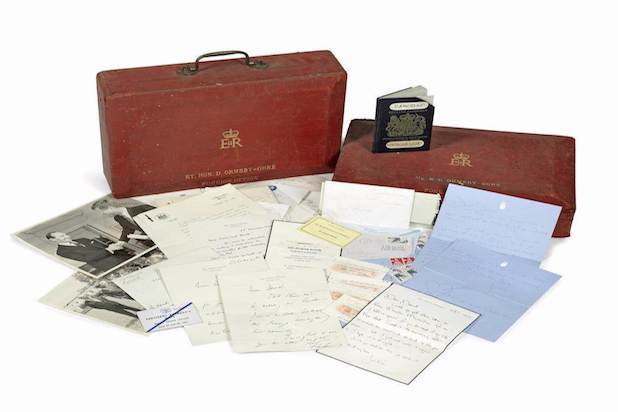 The treasure trove contains some correspodence expressing deeply personal feelings Kennedy and Ormsby-Gore had for each other. In one letter, she wrote, “You and I have shared so many lives and deaths and hopes and pain — we will share them forever and be forever bound together by them. If ever I can find some healing and some comfort it has to be with someone who is not part of all my world and past and pain.”

She went on to write that in the elder Onassis, she found a “wise and kind” man who “wants to protect me from being lonely.”

What Happened to 'Jackie's' Camelot? (Photos)

The Kennedy curse afflicted several members of JFK and Jackie’s inner circle, but one went on to become a Hollywood legend

Jackie and John F. Kennedy’s “Camelot” didn’t even last three years, but Americans are still captivated by the glamour they brought to what had long been a staid White House. And while the violence and turbulence of the 1960s tragically took two Kennedy brothers, the legacy of the JFK years endures, from starting the civil rights efforts that his successor, Lyndon B. Johnson, helped turn into law to leveraging the power of television and celebrity to reach the American people -– something more important than ever today.

Here’s what happened to several of the key players in “Jackie” after the president was assassinated: