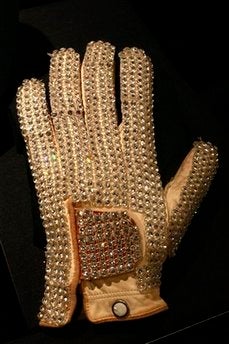 Michael Jackson’s famous white glove sold for $350,000 at a memorabilia auction, soaring far past pre-sale estimates, while a black jacket he wore during a 1989 world tour fetched $225,000.
The Jackson memorabilia was the highlight of an auction of hundreds of rock’n’roll items, including many not associated with the "King of Pop," who died in June.