Michael Jackson had the three biggest selling albums in the country last week, but due to Billboard’s rules regarding older items he will not appear on the top 200, only the comprehensive and pop catalog charts.

The compilation albums "Number Ones" and "Essential" took the top two slots on sales of 108,000 and 102,000 copies each, according to Nielsen SoundScan figures for the week that ended Sunday. 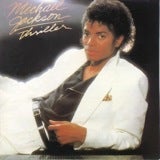 "Thriller" was third with 101,000 copies sold. It was the first time since SoundScan starting tracking the sales of recorded music that top selling catalog item outpaced the top-selling current No. 1. Black Eyed Peas’ "E.N.D. (Energy Never Dies)" was the top current seller at 88,000.

Jackson became the first artist with eight albums in the top 10 on any chart (the feat was accomplished on the catalog chart.)

As the first major music star to die in the download age, Jackson’s digital sales were astronomical. For the period ended Sunday, Jackson sold 2.95 million tracks in North America, Europe, Australia and New Zealand. North America accounted for 2.37 million of those sales. Another 400,000 Jackson 5 tracks were sold as well.

Nine of Jackson’s racks were downloaded more than 100,000 times each in the US. The single "Thriller" was downloaded 167,000 times, edging "Man in the Mirror" by 3,000. In the digital age, "Thriller" is the most popular Jackson tune having been downloaded 1.4 million times.

At radio, ""Billie Jean" was the most-played tune, followed by Thriller."

The stratospheric sales come as reports say Jackson had many unreleased recordings in the vault when he died.