Michael Jackson had a long history of confirmed health problems, some of which led to his death on Thursday.

In 1984, Jackson was badly burned while singing for a Pepsi-Cola commercial in Los Angeles, when a special-effects smoke bomb misfired. He had to have major surgery on his scalp, and because of the intense pain, he developed an addiction to painkillers. 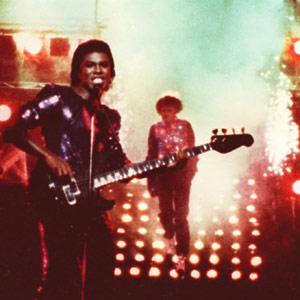 It was the accident that turned the singer into the nightmare of multiple addictions, a source close to the family told TheWrap. “Before the Pepsi commercial accident he didn’t do drugs. He was part of the Just Say No program with Nancy Reagan.

Jackson also had severe back problems, caused by his grueling on-stage regimen and performance schedule. "This was the chronic pain that led him to using Demerol and other drugs like Oxycontin,” the family insider said.

He speculated that Jackson’s excelerated rehearsal program for the London concert series brought back the pain in his leg and back.

Jackson also was hospitalized with chest pains in 1990 and postponed a concert because of dehydration in August 1993. A concert tour was cut short in November 1993 because of an addiction to prescription painkillers amid allegations of child molestation.

Also in 1993, in response to criticism that Jackson was attempting to appear more Caucasian, his dermatologist, Dr. Arnold Klein, announced that the singer had a skin disease called vitiligo.

The condition causes a person to lose melanin, the pigment that determines the color of skin, hair and eyes, in patches or all over the body.

Two years later, during a rehearsal at the Beacon Theater in New York, Jackson collapsed onstage from apparent dehydration and low blood pressure and was hospitalized.

He also was reported to have a form of lupus in the 1980s, but it was later said to have gone into remission.

And he had numerous plastic surgeries, including rhinoplasty and a chin implant.