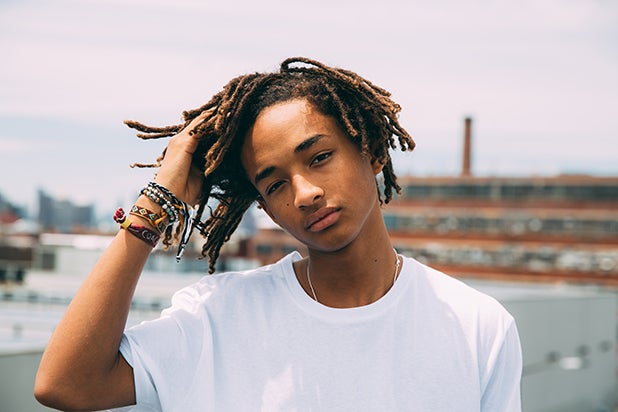 Jaden Smith has joined the cast of Baz Luhrmann‘s Netflix series “The Get Down,” the premium streaming company announced Tuesday.

The musically-themed drama is led by four newcomers: Tremaine Brown Jr., Justice Smith, Shameik Moore and Skylan Brooks will make up the rag-tag group of teenagers who run wild in the streets of the late-1970s Bronx.

“We as an audience have known Jaden since he was very young. Recently, Jaden has been seeking diverse and challenging roles and this is a testament to his passion to grow in the craft,” Luhrmann said in a statement. “In the short time he has joined our acting family, he has begun developing his ‘The Get Down’ skill set, even taking lessons from the legendary graffiti artist Lady Pink of ‘Wild Style’ fame, as well as steeping himself in the history and culture of the Bronx. We’re all very happy with the casting of Jaden in the role of ‘Dizzee’ Kipling, and with his addition, the Kipling family cast is now complete.”

“The Get Down” focuses on 1970s New York City: “broken down and beaten up, violent, cash strapped — dying,” per Netflix’s description. “Consigned to rubble, a rag-tag crew of South Bronx teenagers are nothings and nobodies with no one to shelter them — except each other, armed only with verbal games, improvised dance steps, some magic markers and spray cans.”

The 13-episode music-driven drama from Sony Pictures Television will debut in all Netflix territories in 2016.