Actors’ Equity Association is launching an investigation into the workplace environment of Broadway show “Jagged Little Pill,” the union for actors and stage managers announced Sunday.

On Friday, former cast members Nora Schell and Celia Rose Gooding claimed that the production workplace was harmful to the trans and non-binary community onstage and off.

Schell, who made their debut in the 2019 show, said on social media that they were repeatedly “intimidated, coerced, and forced by multiple higher ups to put off critical and necessary surgery to remove growths from my vagina that were making me anemic.” 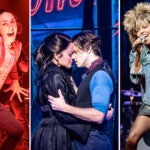 The union today said in a statement that it has hired an independent investigator to address these claims:

“We are deeply concerned about the revelations in Nora Schell’s statement released Friday. We appreciate that the producers of Jagged Little Pill are taking their allegations seriously and have hired an independent investigator. To ensure the highest level of accountability, Actors’ Equity Association is also commissioning a thorough, independent investigation of the Jagged Little Pill workplace. We are currently in the final phases of identifying and retaining an appropriate attorney to conduct this work.”

Schell said that during previews of the musical, they were told by the gynecologist that they needed polycystic ovarian syndrome surgery, but the stage manager and creative team dismissed this. “When I relayed the possibility of these growths returning/needing surgery again in the future, I was met with exasperation and told that if I had to take off, it wouldn’t be considered paid medical leave.”

Schell said they don’t plan on returning to the show in October when it reopens, and Gooding announced that her performance on Sunday’s Tony Awards will be her last as Frankie Healy.