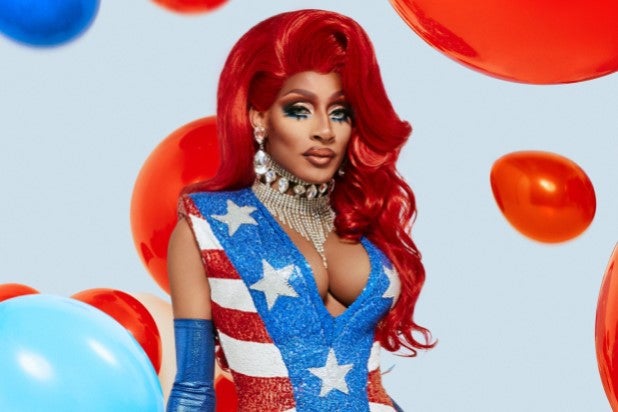 It’s the word every “Drag Race” contestant wants to hear from RuPaul: “Condragulations!”

Life would change for Season 12 winner Jaida Essence Hall after being crowned America’s next drag superstar back in May, but not necessarily in the way she expected.

While the live finale — which she had to compete in from home given the ongoing coronavirus pandemic  — was an emotional high, some doubt started to chip away at the confidence that propelled her to her win.

Mass gatherings, including the annual DragCon — a major source of income for the contestants — were canceled. Then bars and clubs — the main venues for drag performances — were ordered closed.

“After a while, I thought, ‘Oh my God, maybe this is not going to open up like we thought it would. Maybe we are going to be without work for a long time.’ A lot of the opportunities that we wanted from the show, that you audition for the show so that you can have, you probably won’t have for a while — it would make me stressed,” Hall admitted to TheWrap.

Unable to interact with her fans via in-person appearances and shows, Hall turned to social media to engage with her fans, something she admits she wasn’t very good at before pandemic.

“Before the show, I was not a very good social media person. I would go online, drop a picture and think, ‘I hope they like it but if not, oh well.’ Now when I go on social media and see so many people are going through the same situation as me, we can just have a conversation like, ‘I hope you’re doing well.’ Sometimes it’s like, ‘Look, I know you might be doing horrible right now. I might be doing horrible right now. But we’re not going to talk about that.’ We talk and kiki and keep each other company and have a great time,” Hall says.

Some have criticized the fast-moving pace of the show, saying the spotlight only lasts so long. Shortly after the Season 12 finale aired, an “All-Stars” edition — which was filmed prior to the pandemic — rolled out. “Canada’s Drag Race,” a spin-off, also followed. Hall has resisted that pressure, but she hasn’t rested on her laurels, either.

“I knew ‘Canada’ was coming out and ‘All-Stars’ was coming out, but I honestly always stay as positive as I possibly can,” Hall explained. “The sun is going to shine for you if it’s meant to shine for you. No matter how many Ru-girls are in a show — whether the line-up has five girls or 19 girls — if you are meant to make a killing in the show and get a lot of coin, you’re going to get a lot of coin because you are still going to do what you should be doing.”

“No matter what is happening with the other seasons or ‘All-Stars’ or ‘Canada’s Drag Race’ or the virus, it’s still up to us to be the best version of ourselves and constantly pushing our drag and remember what we auditioned for,” she continued. “I auditioned because I really wanted a change in my life. For me, If I just sat around and thought, ‘Another season is coming out, what about me,’ instead of focusing and saying, ‘Let me get to work, let me give the people who love me something’ … I just want to my best self.”

“Drag Race” fans may have their favorites, but Hall doesn’t believe that love has to be limited to a single queen.

“In our cast, the talent was so diverse. If I watched Season 12 not being a queen and not being on the show — if I was just a fan on the show — I would follow all the girls because everyone was so good at what they do,” she explained. “People should be more open to that. If you’re a fan of the show, you have to love diversity because the show is giving you more and more — different versions of drag, different styles of drag, just more for you to learn and love.”

Ultimately, Hall wants for all the queens to get back to what they love — performing. It’s something that she realizes can be taken for granted.

“Before ‘Drag Race,’ I was like, ‘Oh my God, we’re gonna have to travel so much.’ I can see how I’m going to get tired from it,” Hall recalled.

“But now that we have not had the opportunity to perform, I’m like, ‘Oh my God, I miss performing so much.’ You don’t realize how important that is to who you are. So I’m hoping things will quickly get better so that everybody can get the feeling of doing what they love again,” she added. “We are in this situation; there’s no way that we can get out of it, no way that we can get around it. But I always try to look at stuff  with a positive side, this is what’s happening, what can we do.”

“The way we handle situations when we’re in the middle of the storm is the best indicator of how we will be when the storm is over,” she said.

Those opportunities are slowly coming back. Hall filmed a music video with Shania Twain and Orville Peck appropriately titled “Legends Never Die.” She’s also been performing in Voss Events’ Drive N’ Drag shows with other “Drag Race” alumni. Performing in front of a drive-in audience is a new experience, but one she feels lucky to be a part of.

There’s one more upcoming event, too — the Primetime Emmy Awards. “RuPaul’s Drag Race” is up for 10 awards, and fans know that this queen will be ready.

“I’m so excited for the Emmys,” Hall said, clasping her hands in anticipation. We’re excited, too.