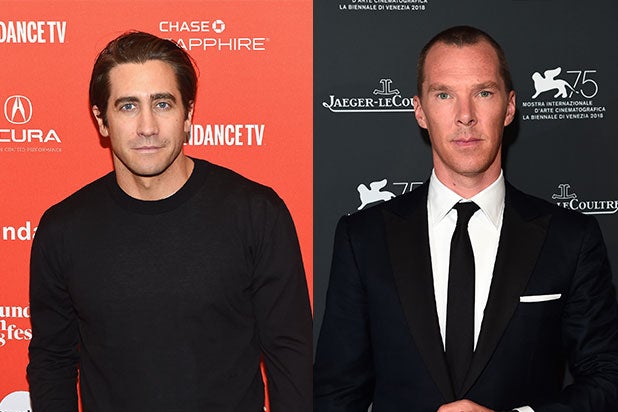 The film will follow two old friends who meet again in Rio — one is a journalist, and the other is a highly successful financier. “Rio” will be produced by Cumberbatch and Adam Ackland through SunnyMarch, and Gyllenhaal and Riva Marker through Nine Stories.

Ron Halpern and Shana Eddy are overseeing for Studiocanal.

“We are delighted to be working with Ed Berger again on this very special project,” said Cumberbatch and Ackland. “Together with Studiocanal and Nine Stories this promises to be a terrific collaboration, we can’t wait to bring ‘Rio’ to life.”

Added Gyllenhaal and Marker: “Edward Berger’s work is superb. We are thrilled to be collaborating with him, Studiocanal and Sunny March — an undeniably talented group of filmmakers.”

Berger’s “Patrick Melrose” series, starring Cumberbatch and Jennifer Jason Leigh, has picked up five Emmy nominations, including Best Director and Best Limited Series. He also directed the first two hours of this year’s AMC series “The Terror.” Past credits include landmark series “Deutschland 83” and the feature film “Jack,” which premiered at the Berlin Film Festival.