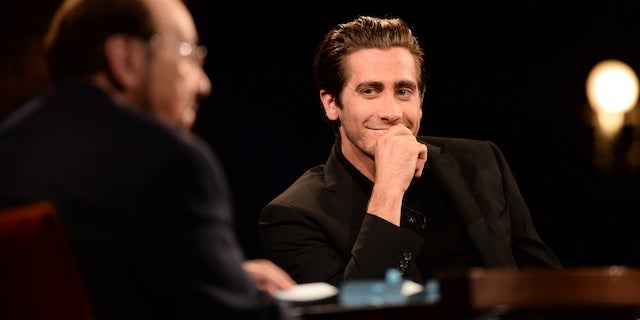 It's Jake Gyllenhaal versus James Lipton on "Inside the Actors Studio."

The actor took the hot seat on Bravo's long-running interview series on an episode airing Thursday, Sept. 19 at 8/7c, TheWrap has learned.

His first time on the series, the actor discussed his films "Brokeback Mountain," "October Sky," "Donnie Darko," "End of Watch," and the upcoming "Prisoners."

In addition, he discussed his famous Hollywood family and revisited his relationship with late friend and "Brokeback Mountain" co-star Heath Ledger.

Currently nominated for its 16th Emmy award, "Inside the Actors Studio" premiered in 1994 and just celebrated its 250th episode in May. Recent guests have included Tina Fey, Liam Neeson and Hugh Jackman.