Jake Paul is facing new accusations of sexual misconduct, bullying and emotional abuse by several of his former collaborators.

In an interview with The New York Times, one former member of Team 10 — a talent management agency and influencer collaborative founded by Paul in 2016 — said he was promised free housing in an upscale mansion in Beverly Grove, access to brand deals and the benefit of growing his own clout from Paul’s fame in exchange for regularly creating social media content and giving Paul a cut of his ad revenue.

But the former member, an aspiring musician named A.J. Mitchell, said the arrangement turned abusive when Paul started to bully Team 10 members into participating in pranks and stunts — some of which included being tazed without warning or jumping into a pool from a roof — and threatened to not tag creators who didn’t go along with what Paul wanted.

“If you got tagged in one of Jake’s YouTube videos, you could get 50,000 followers,” Mitchell told the Times. “Jake would use that to manipulate everyone. If anyone didn’t do what Jake wanted, he’d tell everyone else in the house not to tag them. Jake had a monopoly, and he decided who got famous.”

Railey Lollie, a model and TikToker who began collaborating with Paul when she was 17, said Paul groped her after filming a video with her in 2017. 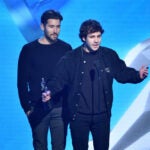 An attorney for Paul did not immediately respond to a request for comment.

This isn’t the first time Paul has been accused of sexual assault. Earlier this month, a TikTok influencer named Justine Paradise said Paul forced her to perform oral sex on him at the Team 10 mansion in 2019. “He didn’t ask for consent or anything. He knew I didn’t want to do anything with him,” Paradise said in a video posted to YouTube.

In a statement on Twitter earlier this month, Paul called those allegations “preposterous” and denied having a sexual relationship with Paradise. 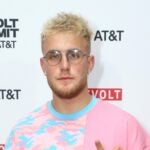 Though Paul has most recently focused on boosting his boxing career with high-profile matches, he has also engaged in a number of business ventures. Last March, he announced he was launching a venture capital fund and has received backing from Marc Andreessen and Chris Dixon from Andreessen Horowitz.

But Mitchell, the former Team 10 member, said investors should not continue to support Paul based on his behavior.

“These older investors come in who have no idea about social media and they see he’s got a lot of followers. From their perspective, it’s success,” Mitchell told the Times. “The real story is, Jake should not be getting any money from investors from the things he’s done in the past.”