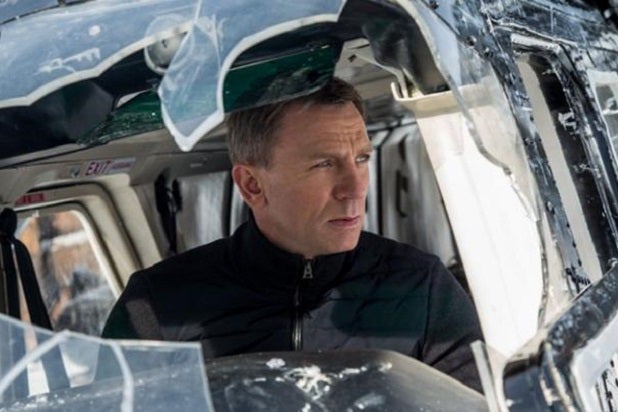 Daniel Craig will return for the next installment in the action franchise, his fifth (and most likely last) time playing the British super-spy. His previous four films — starting with 2006’s “Casino Royale” and continuing through 2015’s “Spectre” — were distributed both domestically and overseas by Sony.

Danny Boyle will direct the as-yet-untitled new film, which is set for a release in the U.K. on October 25, 2019, followed by a U.S. launch on November 8, 2019. Production is slated to begin in December from a script by longtime Boyle collaborator John Hodge.

The new film will be released domestically through the joint venture MGM and Megan Ellison’s Annapurna Pictures announced last fall to handle third-party films as well as the two companies’ own productions and acquisitions.

Also Read: 7 Female Stars Who Could Be the Next James Bond: From Angelina Jolie to Gillian Anderson (Photos)

“We are delighted to announce that the exceptionally talented Danny Boyle will be directing Daniel Craig in his fifth outing as James Bond in the 25th installment of the franchise,” they said in a statement. “We will begin shooting Bond 25 at Pinewood Studios in December with our partners at MGM and thrilled that Universal will be our international distributor.”

MGM chairman Kevin Ulrich added, “Under the leadership of Michael and Barbara, we couldn’t be more thrilled than to bring the next 007 adventure to the big screen uniting the incomparable Daniel Craig with the extraordinary vision of Danny Boyle.”

Universal Pictures chairman Donna Langley added, “Universal is extremely proud to collaborate with Michael, Barbara and MGM on the international marketing and distribution of Bond 25.”