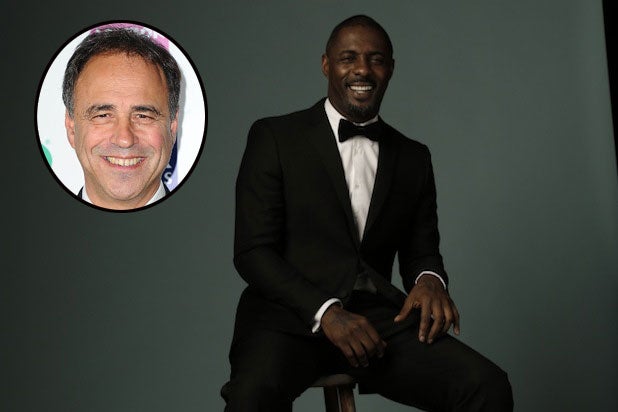 Having sparked outcry for slamming Idris Elba and calling him “too street” to play James Bond, author Anthony Horowitz has backtracked on his statements about the “Luther” star, who is the fan favorite to take over the role of 007.

“I am mortified to have caused offense,” the writer who wrote the latest book in the Bond series, “Trigger Mortis,” tweeted on Tuesday.

Horowitz had been quoted earlier in the day in a Daily Mail interview as saying Elba, 42, is “a bit too rough to play the part. It’s not a color issue. I think he is probably a bit too ‘street’ for Bond.”

He went on to suggest other black actors who would be better to inherit the role from Daniel Craig, such as Adrian Lester (“Hustle”) instead.

After getting crushed on social media and turning “Idris Elba” into the top-trending Twitter topic, the 60-year-old writer released a statement to soften the bitter backlash.

In the original Daily Mail interview, Horowitz also criticized the most recent Bond movies starring English actor Craig. “‘Quantum of Solace’ just went wrong. ‘Skyfall’ is my least favorite,” he said. “I know it is heresy to say so, but it is the one Bond film I have never liked.”

However, he said Craig “is a terrific Bond” and “‘Casino Royale’ is probably my favorite of the films after [Sean] Connery.”

Horowitz, from London, is a novelist and screenwriter specializing in mystery and suspense. His work includes young adult series, “The Diamond Brothers,” “Alex Rider,” and “The Power of Five” series. His work for adults includes novel/play “Mindgame” and two Sherlock Holmes novels “The House of Silk” and “Moriarty.”

As for Elba, he is currently gracing the cover of Maxim’s September issue, the first solo-male cover in the history of the men’s publication. In the interview for the magazine, the actor debunked casting rumors that had been circling about him potentially being the next Bond.

“If I were the Bond producers and everyone was pointing me toward one actor, what’s the surprise in that? Honestly, it’s one of those things that if it should happen, it would be a self-fulfilling prophecy; it would be the will of a nation,” he said.

The next Bond filming starring Craig, “Spectre,” debuts in US theaters on Nov. 6.