Daniel Craig’s James Bond is on a mission in IMAX’s exclusive artwork for “No Time to Die,” the upcoming installment in the 007 series.

“No Time to Die” is the first-ever entry in the franchise shot with IMAX film cameras.

This film will be Craig’s final performance as James Bond. “No Time to Die” will see 007 get pulled out of the retirement he was starting to enjoy at the end of “Spectre” thanks to a visit from his CIA friend Felix Leiter (Jeffrey Wright). Felix needs help locating a missing scientist, and when it is revealed that this scientist is kidnapped, Bond is once again sent on a deadly mission that brings him face to face with a new foe played by Rami Malek. 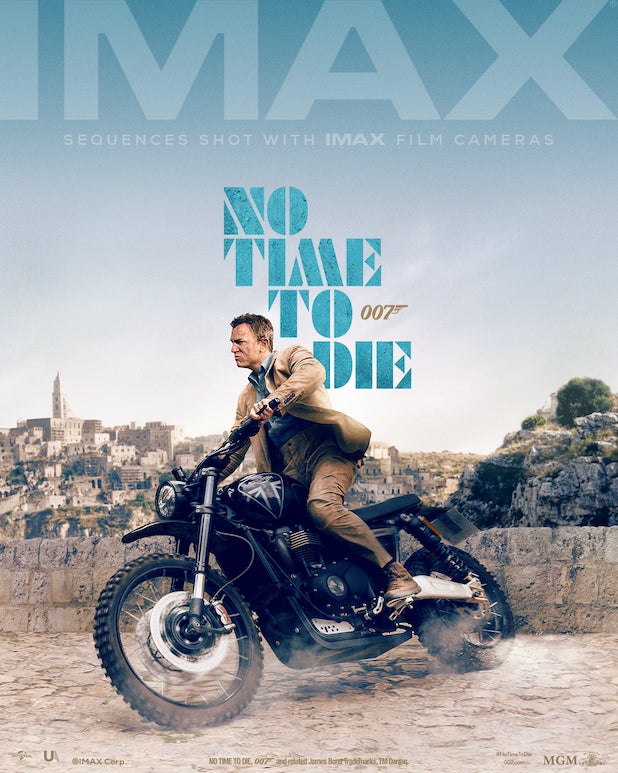