Larry Brand directed the finished film, which was written by and stars Lang, who played the villain in Cameron’s “Avatar.”

Lang originally adapted “Beyond Glory” as a play from journalist Larry Smith’s book of the same name. The film was adapted from the play, and blends performances from stages around the world, most notably, nuclear carriers in the Persian Gulf. The result is a startling synthesis of cinema and theater that emerges from compelling first-hand accounts of World War II, Korea and Vietnam in the words of eight Medal of Honor recipients.

“Beyond Glory” has played onstage to civilian and military audiences across the globe since 2004, garnering critical accolades along the way.  8180 Films produced the movie, which will be narrated by Gary Sinise, a noted advocate for veterans.

“Stephen Lang‘s inspiring tour de force of writing and acting brings to life a handful of this nation’s greatest real heroes, who now, with this film, pass firmly into legend,” said Cameron.

“There are many movie heroes, but few movies about real heroes. ‘Beyond Glory’ is one of those movies. It is important to recognize and celebrate the sacrifices men and women make in service to our nation,” added Landau.

“‘Beyond Glory’ will continue to benefit tremendously from Jim and Jon’s wisdom and experience. Ever since 2007, they have offered great support and encouragement. For them to come aboard at this time reflects the evolution of an eight-year relationship. It is extraordinarily gratifying to officially welcome Lightstorm to the ‘Beyond Glory’ team,” said Lang, who was also excited to welcome Sinise aboard the project.

“In addition to Gary’s major acting chops, and a voice beautifully suited to ‘Beyond Glory,’ his stature in the military community, and his work on behalf of both veterans and active duty military are unparalleled in the film and theater community,” said Lang. “‘Beyond Glory’ is extremely proud to welcome Gary — a friend and colleague of many years.”

“It’s my honor to help tell the amazing stories of eight of our country’s greatest military heroes in ‘Beyond Glory.’ This film is a tribute to their service. It inspires, entertains and passes on to future generations the ideals and values the medal represents,” said Sinise, who earned an Oscar nomination for his memorable turn as Lieutenant Dan in “Forrest Gump.”

“Beyond Glory” was produced by Rebecca Reynolds, Noah Lang, James Carpenter and Ross Satterwhite. A poster for the film can be seen below. 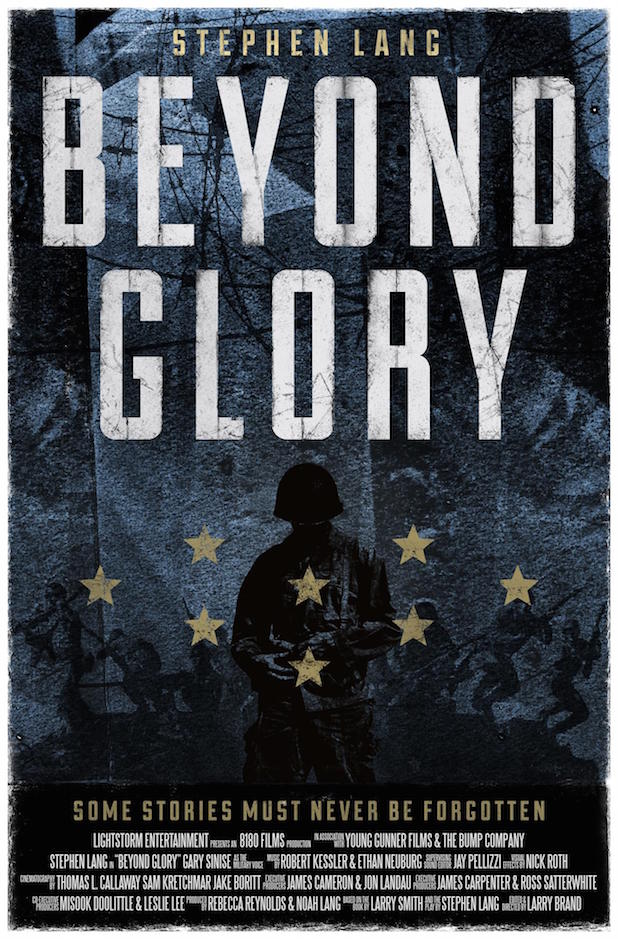