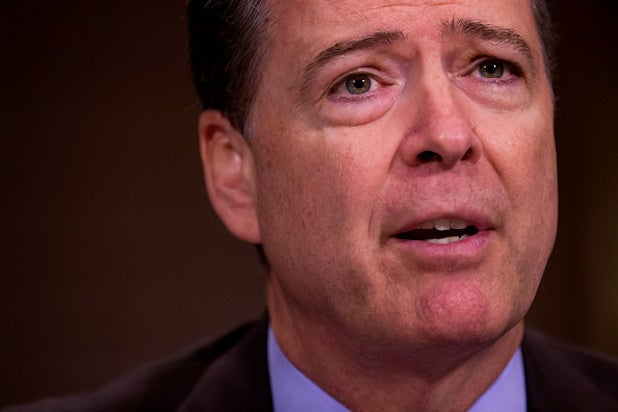 Former FBI director James Comey had a blunt message on Thursday to President Donald Trump, who has hinted about the existence of recording of their much-disputed conversations: “Release all the tapes. I’m good with it.”

Earlier in his testimony before the Senate Intelligence Committee, Comey said, “Lordy, I hope there are tapes.”

Last month, Trump tweeted a warning to Comey after abruptly fired him not to leak anything negative abut him and that he “better hope” that there are no secret “tapes” of their conversations — it has not been established whether any of the conversations of the two were actually recorded.

Also Read: Donald Trump Jr Reacts to Comey Saying He Leaked to Media: 'Is This a Joke?'

Comey also testified that he created a detailed memo with notes on his January meeting with President Trump because he “was honestly concerned that he might lie.”

Comey explained that he felt Trump made him “uneasy” when Trump requested political loyalty during their dinner meeting.

“I remember thinking, ‘This is a very disturbing development, really important to our work. I need to document it and preserve it in a way… that will make it easier for us to discuss within the FBI and the government and to hold onto it in a way that makes it accessible to us,'” Comey said.

Comey said he did not take such detailed notes during meetings with former presidents Obama and Bush. He said that he realized “something big was about to happen” when Trump asked everyone else to clear the room during another meeting.

“I have to remember every single word that is spoken,” Comey said. “My sense was that the Attorney General knew he shouldn’t be leaving, which is why he was lingering.”

Comey continued: “I knew something was about to happen and I need to pay very close attention to.”