It came as a big surprise Tuesday afternoon when Donald Trump fired FBI Director James Comey. But even more surprising might be the justification cited for doing so.

While informing Comey that he was out of a job, President Trump said that he was acting on the recommendation of Attorney General Jeff Sessions and Deputy Attorney General Rod Rosenstein. So why did they recommend it? Apparently because they disagreed with Comey’s handling of the FBI investigation into Democratic presidential candidate Hillary Clinton’s use of a private server to send work-related emails while serving as Secretary of State.

In July of 2016, Comey announced that the FBI would not be recommending charges against Clinton, but he called her “irresponsible” in his press announcement nonetheless. On Oct. 28, Comey forced that investigation back into discussion when he made public the fact that the FBI was investigating possible new evidence related to that case, uncovered during the unrelated investigation into Anthony Weiner.

The Justice Department cited both of those events in its recommendation to terminate Comey.

Comey’s decision to reveal the reopened Clinton email investigation less than two weeks before the election has been widely cited as a contributing factor in Trump’s shocker electoral college victory. And at the time, Comey was widely criticized for what was seen by many as a deliberately political act, criticism that increased after it became known the FBI was remaining silent on the concurrent investigation into possible ties between Donald Trump and Russia.

But the Justice Department’s stance on Comey today represents an almost complete reversal of Sessions’ previous views. Sessions was enthusiastically in favor what Comey did back in October, saying on “he had an absolute duty, in my opinion, 11 days or not, to come forward with the new information that he has and let the American people know that too.

Trump also praised Comey for his actions in October. He also spent the 2016 election vowing that if he were elected, he would make certain that Clinton was sent to prison.

Read the letters from both Jeff Sessions and Rod Rosenstein below. 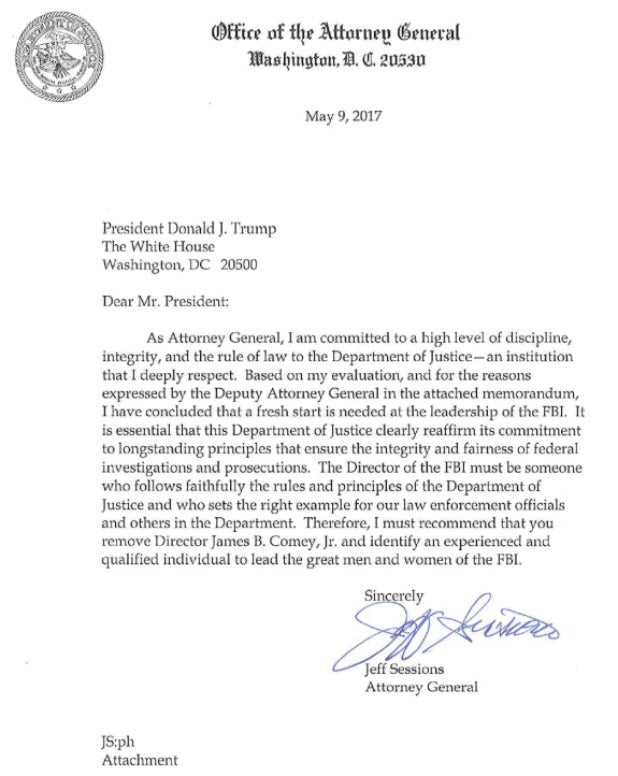 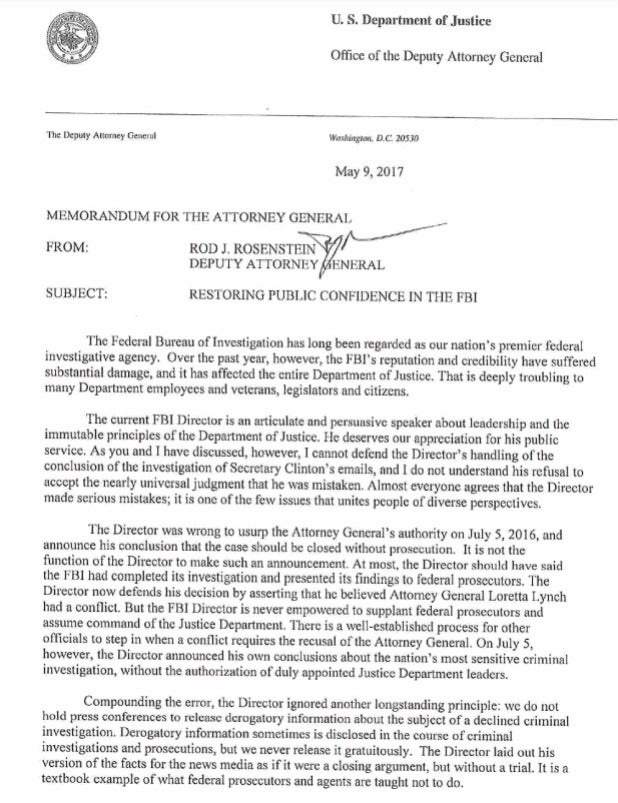 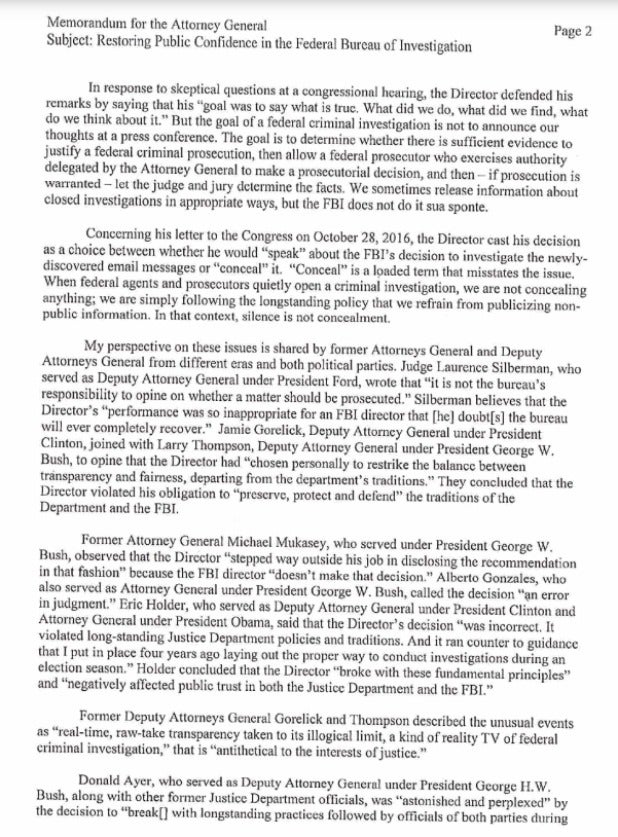