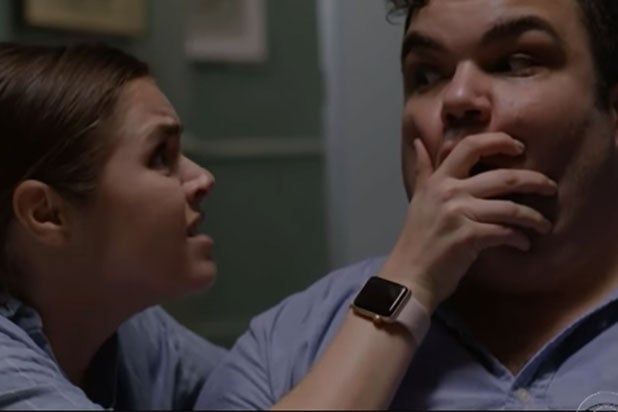 Stay quiet, or he will find you.

But in the video, parodying John Krasinski’s latest hit “A Quiet Place,” their lame boss always finds them and forces them to include him.

In “A Quiet Place,” a family must live in silence, otherwise creatures will hunt them. That means they have to do every day tasks, like cooking dinner or going to the store, extremely carefully. The film also stars Emily Blunt.

In the parody, Corden just doesn’t seem to get the picture, and constantly tries to hang out with his employees. But when they finally outrun him (which in the video it says everyone can “probably do”), he finally tells them, “I’ll catch up with you later.”