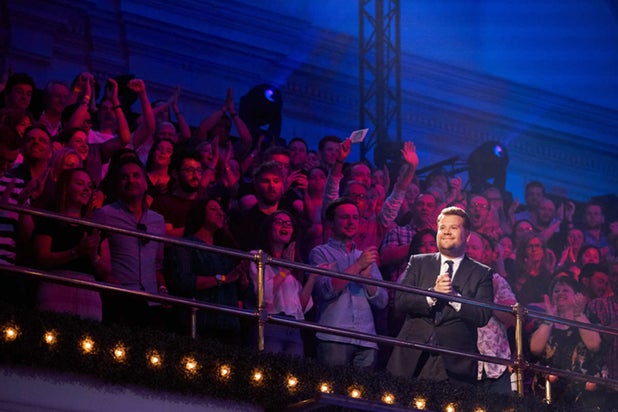 James Corden just bested Seth Meyers’ audience tally for the first time in just over a year — since the last time he left sunny Los Angeles to return home to generally un-sunny London.

Corden also won just in terms of “Live + Same Day” viewers, with an average of 1.26 million viewers versus Seth’s 1.20 million. However, in the key late-night demographic of adults under 50, “Late Night” still came out ahead with a 0.29 rating to “The Late Late Show’s” 0.22.

Corden has spent the week broadcasting from his native country, taping a week’s worth of “The Late Late Show” at Central Hall Westminster in London. It follows a similar trip across the pond Corden took last summer.

Paul McCartney joined Corden for the Liverpool installment of his most popular segment, “Carpool Karaoke,” where The Beatles legend showed Corden around his native city and performed an entire set for unsuspecting patrons of a local pub.