As Mike Pence became the third present or former White House official to be caught mishandling classified documents this week, “The Late Late Show With James Corden” host James Corden couldn’t help but wonder who else out there might be taking high-level secrets home with them when leaving the White House. 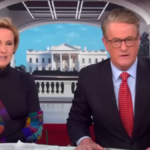 “Is everyone just handed a box when they leave the White House? Like, ‘Thanks for coming, here’s some state secrets,'” Corden continued, incredulously.

The “Late Late Show” host then joked that he wouldn’t be surprised with every politician in our nation’s capitol is gifted with some classified documents to bring home with them. But his thesis came with one hilarious exception: Vermont senator and former presidential candidate Bernie Sanders. 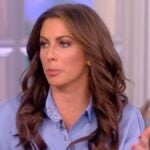 “At this point, there are so many people, I just assume every politician has top secret documents in their house, right?” Corden said. “Except for Bernie Sanders, who left his at the park under the watchful eye of a few pigeons.”