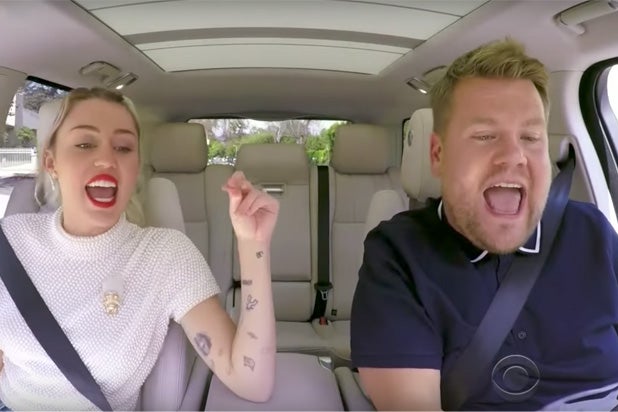 “Carpool Karaoke” is the most popular segment on “The Late Late Show with James Corden,” with millions watching on-air and online. It even spawned an Apple Music show, “Carpool Karaoke: The Series.” But booking guests was a struggle in the show’s early days.

“We couldn’t get anybody,” Corden admitted to fellow talk show host Trevor Noah on “The Daily Show” Thursday night. “I really always believed in the idea. I always thought that this would be a good idea.”

Bringing to life the concept — Corden chauffeuring a well-known musical artist around while belting out hits — proved to be a challenge.

“Everybody think of a living recording artist,” Corden said, turning to the “Daily Show” studio audience. “They said no.”

Also Read: James Corden: 'All the People That I Know' and 'Respect' Don't Know Why Trump Is in England (Video)

The first “Carpool Karaoke” guest booked was Mariah Carey, and even that was by chance. “She was about to put some new dates on in Vegas,” Corden recalled. “I showed her a clip of me doing [the segment] with George Michael that I’ve done at home for Comic Relief … and she loved George Michael. Mariah Carey was like, ‘If it’s good enough for George, it’s good enough for me.’ And that was it.”

Carey’s “Carpool Karaoke” — which aired during Corden’s very first week hosting the CBS late-night show back in March 2015 — has a respectable 33 million views.

Many artists from all genres have since sat in Corden’s passenger seat, including Paul McCartney, Lady Gaga, Barbra Streisand, Miley Cyrus, Usher, and Migos. There have been notable non-musicians as well — specifically Michelle Obama. Back in 2016, the then-first lady sang Stevie Wonder (who appeared in his own segment) and Beyonce (who has not appeared on the show), before being joined by Missy Elliott.

Corden and Noah even brainstormed a dream “Carpool Karaoke” guest: Pope Francis. Check out the hilarious interview below, and catch Corden this weekend hosting the Tony Awards.

Tony Awards 2019: We Predict the Winners in 16 Top Categories, From 'Hadestown' to 'Tootsie' (Photos)

Will Jeff Daniels benefit from the snub for “To Kill a Mockingbird” in Best Play?