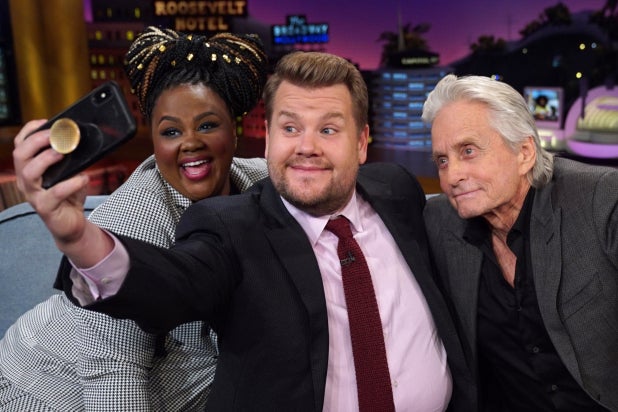 James Corden will stick around on CBS’ “The Late Late Show” for three more years. The late-night host and frequent Tony Awards host signed a new contract through August 2022.

Corden first took over “The Late Late Show” in 2015 from Craig Ferguson who hosted the program from 2005 to 2014. Corden’s tenure has been well received and gained fame for his segments “Carpool Karaoke,” “Crosswalk the Musical,” and “Drop the Mic,” some of which have been turned into their own TV series.

“James Corden has burned his way to the top of American television with a daring, energetic and inventive broadcast that stands out in the late-night space,” said David Nevins, chief creative officer for CBS. “He is a host and performer whose considerable talents shine on every stage, and he has created a cutting-edge comedy factory with shows that have resonated across multiple platforms. James and his shows are a great source of pride to CBS, and it’s exciting to extend our relationship well into the future.”

Also Read: Here's Why James Corden Is King of the Emmys This Year

Corden has been nominated for 22 Emmys, winning seven. He has also hosted The Tony Awards, which air on CBS, two times including the most recent edition in June. He also hosted the Grammy Awards for CBS in 2017 and 2018.

Corden is also set to star in the upcoming film adaptation of “Cats.”