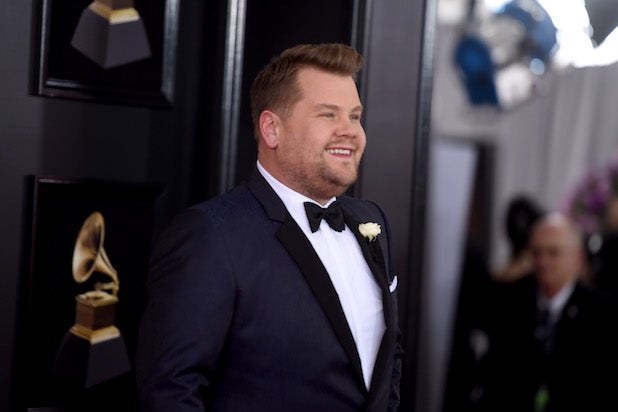 James Corden will produce an animated film and TV series at Nickelodeon based on the children’s book series “Real Pigeons Fight Crime,” Nick announced on Tuesday.

Corden and his producing partner Ben Winston will produce the film and series through their Fulwell 73 production company, and the multi-platform deal includes the plan that the movie and show are being developed to air on all Nickelodeon platforms.

“Real Pigeons Fight Crime” is the first in a book series written by Andrew McDonald and illustrated by Ben Wood. The fifth title in the series “Real Pigeons Peck Punches” was just published in May, and the “Real Pigeons” books reveal the secret life of crime-busting pigeons who set out to keep a town safe.

The books were published in Australia by Hardie Grant Children’s Publishing and are now available in 10 territories, including North America, where it was recently released by Random House Children’s Books. In all, the titles have sold hundreds of thousands of copies.

“We are so delighted to be working with our great friends at Nickelodeon on these wonderful, charming and funny books, and can’t wait to help bring them to life for kids everywhere,” Winston said in a statement.

“‘Real Pigeons Fight Crime’ is about a secret squad of crime-fighting pigeons, with high stakes and true hilarity making it a perfect fit for our audience. By fusing the humor and expertise of this the incredible team at Fulwell 73 Productions, we are ready to show kids what pigeons really do–fight crime, solve mysteries, take down bad guys, and keep neighborhoods safe,” Ramsey Naito, EVP Nickelodeon Animation production and development, said in a statement.

The “Real Pigeons Fight Crime” TV series is executive produced by Corden and Winston with McDonald and Wood serving as consultants throughout development and production.