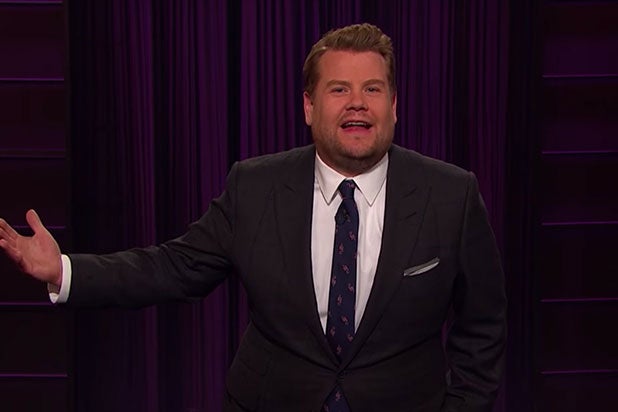 James Corden is returning as host for the 2018 Grammys, CBS announced Wednesday at its upfront presentation.

The “Late Late Show” host led the music awards show for the first time in February 2017. He took over for LL Cool J, who had hosted the five previous ceremonies.

The 2018 show is the 60th annual edition and will take place at Madison Square Garden, marking the first Grammys ceremony in New York City — as opposed to Los Angeles — since 2003.

Corden, known for his late-night show’s signature “Carpool Karaoke” segment, hosted the 2016 Tony Awards. He is a Tony winner himself, nabbing the prize in 2012 for “One Man, Two Guvnors.”

Late-night hosts have become the go-to choices for awards shows.

“The Late Show” star Stephen Colbert hosts the 2017 Emmys in September on CBS, and ABC’s Jimmy Kimmel is returning as host of the 2018 Oscars.